The head of Fiji's Catholic Church has met with leaders in the Archdiocese of Suva to address, what he says, are the recent allegations of sexual abuse against children by its priests. 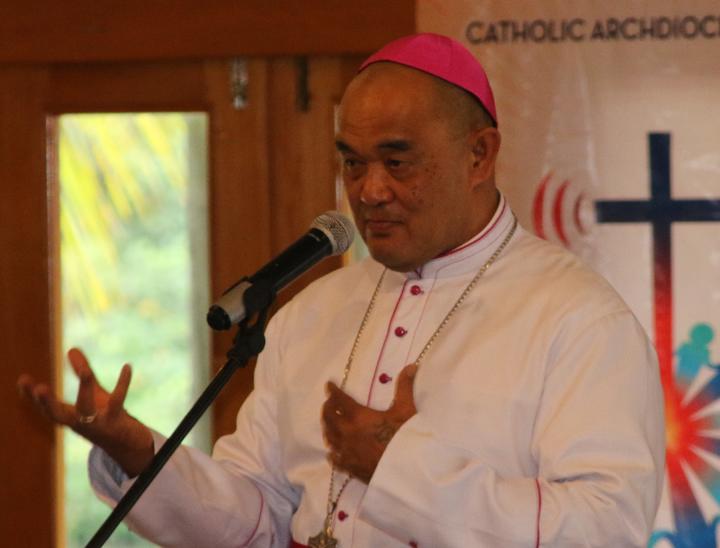 Earlier this month, a man reportedly claimed he was molested by a priest in Fiji when he was a child.

The TV New Zealand report also claimed that the NZ Catholic Church had moved certain brothers and priests - who had sexually abused children - to the Pacific including Fiji.

This week Archbishop Peter Loy Chong reiterated that the church in Fiji is committed to dealing with allegations of sexual abuse against minors by priests and religious workers.

Archbishop Chong said the church will work closely with the arms of the law to ensure that justice is served at all levels while providing pastoral care to the victims and their families.

A week after the archbishop's comments, 15 priests in Fiji's Central Eastern region underwent a Safeguarding and Training Workshop in Suva.

According to Archbishop Chong, the workshop focussed on the topic of sexual abuse against minors by priests and religious workers.

"Familiarising themselves with the various church documents on the topic, the priests are also being made aware of the different processes involved with allegations of sexual abuse and how to deal with complaints and other related issues," he said in a statement.

"Pastoral care towards victims and their families remains a priority while every available help is provided to ensure justice is served."

Priests in Fiji engage in a safeguarding and training workshop in Suva. Photo: Supplied/Archdiocese of Suva

Archbishop Chong said he's committed to ensuring that all allegations of sexual abuse are investigated and dealt with accordingly.