Sparks flew across Fiji's Parliament this week when the opposition accused the government of delivering food items to rural communities that had been banned in Asia.

Who would have thought that a can of fish would spark the nation's debate on its historic National Budget.

Waving a can of fish in her hand, National Federation Party MP Lenora Qereqeretabua told the house that the government's relief supplies to Fijians in the remote areas following Cyclone Harold in April included a brand of the canned fish that had been banned in Malaysia.

Qereqeretabua said Prime Minister Frank Bainimarama himself took the cans and other rations including oils to the rural communities.

She invited the MPs to open a can of the fish and "take a whiff and tell me if you would give this to your own families".

She extended the invitation to MPs who could not get a hold of a canned fish to "come up to the opposition chambers as there's one in the fridge marked do not eat.

"Our people deserve a better leader than one who goes to rural communities handing out substandard food, bottles of oil which have already been opened - all the while asking the people if MP Rasova has been to visit them and chastising them for not voting for him.

"On June 20, 2018 the Malaysian Ministry of Health banned this very brand. They took them off supermarket shelves.

"Why? Because this tinned fish had been found to contain roundworms," she said.

Qereqeretabua has called on the government to come clean on the matter. 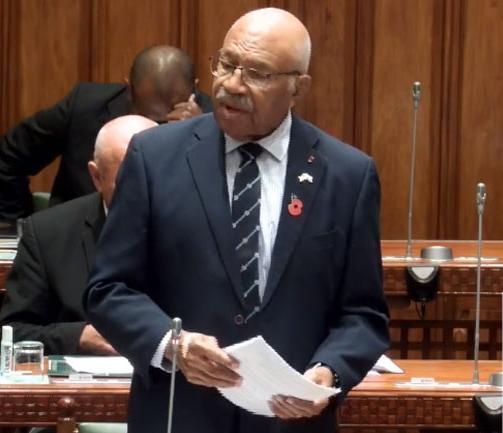 The $US1.7 billion Budget for the 2020-2021 financial year has been labelled all sorts - from irresponsible to deceiving - since it was unveiled two weeks ago.

Rabuka said the Budget was leading Fijians towards a debt-ridden economy and future generations would judge this government in "bad taste".

The Social Democratic Liberal Party (SODELPA) leader called on the government to remove all the unnecessary spending including the construction of the Prime Minister's office.

Rabuka also urged the government to remove the leasing of vehicles, increase in government office rentals, construction of a police post and charges on public debt.

According to Qereqeretabua, it has been all doom from the start - with the Budget announcement on 17 July was delayed for over an hour.

She said the Minister for Economy, Aiyaz Saiyed Khaiyum, did not give an explanation nor did he apologise for the delay.

"I just want to express my utter disgust at his behaviour which was disrespectful and arrogant," she said.

"People were made to wait. The whole nation. Let me remind Mr Khaiyum that he's a servant of the people of Fiji and is paid more than $FJ200,000 a year to be their servant.

"Manners maketh the man and it is high time he showed some," Qereqeretabua said. 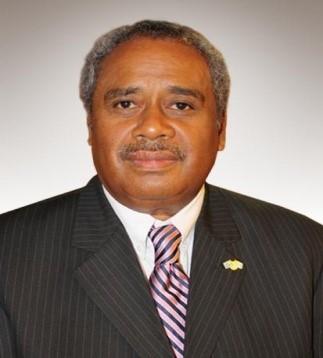 Unity Party leader Savenaca Narube said Mr Khaiyum should seek to change his attitude and rethink his Budget for the 2020-2021 financial year.

Narube said the Budget lacked economic logic and had placed the country on a road to financial disaster.

The former treasurer was responding to a statement by Mr Khaiyum this week where he described the media as "joke publications".

Khaiyum has been heavily criticised in the media since delivering the $US1.7 billion Budget on 17 July.

Narube said as usual, the minister was hiding behind his defence of "blaming the messenger".

Qereqeretabua said it had taken the Covid-19 pandemic to reveal the "stark reality" of what many including the NFP and the opposition had been saying all along.

She said the government had been reckless and wasteful in its spending and management of the economy.

Govt says no to bipartisan solution

Rabuka said sharing the responsibility could help find a solution to the ailing economy and he extended the opposition's help.

But the government rejected Rabuka's offer of bipartisanship.

Prime Minister Frank Bainimarama said they had put all their stock on international economic experts rather than the local "failed professors" to help the government address the impact of the Covid-19 pandemic.

Bainimarama said despite the opposition's criticism of the Budget, Fiji's multilateral partners saw the "prudency" behind the stimulus.

He said the government's "smart borrowing" had been widely endorsed by the United Nations.

"These are institutions run by actual economists with whole teams dedicated to reviewing our economy and they trust Fiji," he said.

Bainimarama said Rabuka's call for the government to share the responsibility of seeking a solution to the economic downturn was ridiculous.

"This is coming from a man who brought us to our knees and brought racial intolerance in 1987," he said.

"Bipartisanship requires agreement. We are poles apart from agreement. They preach a divisive society, we don't. And we can't get past that, how can there be a bipartisanship?" 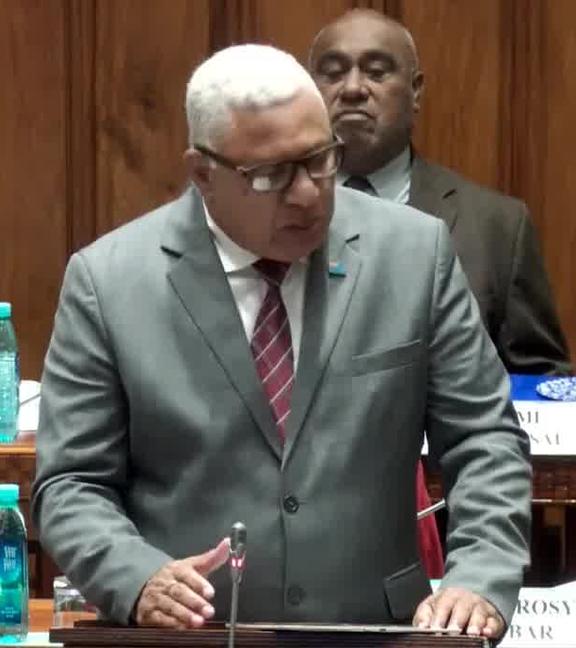 But the opposition leader said it was time the government took full responsibility for the things "they did wrong and stop blaming others".

Rabuka said when the opposition highlighted that the economy was "facing headwinds" or in recession, the state's response had always been "nasty and demeaning".

"The government blames us, and me personally, for the problems that exist now referring to things that happened more than three decades ago.

"It's time the FijiFirst government realises its own wrong policies that has left us high and dry; policies that have put the people of this country in a dire situation."

"The economy has been facing problems from about five years ago. It did not start with the pandemic. It started in 2014 and possibly even a few years earlier than that."

Rabuka said the minister for economy would continue blaming others for his "short-sightedness for he not humble enough to admit his fault".

"The people of this country are not fools. They know what this government is doing and what it is not doing," he said.