The opposition Tavini Huiraatira party said people are worried after the borders were opened and quarantine requirements dropped last week for travellers from Europe and the United States despite a worsening Covid-19 outbreak.

The Tavini said a box of 50 masks in a pharmacy cost $US50 which meant each masks cost as much as two bread sticks. 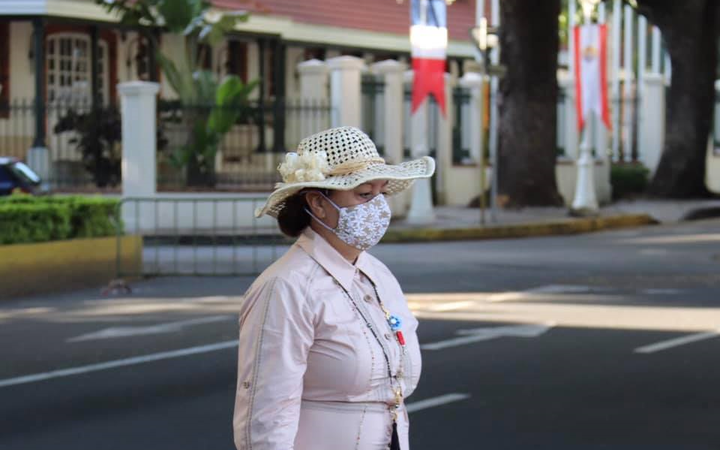 However, the health minister Jacques Raynal has rejected the request, saying there was no need to wear surgical-style masks.

He said cloth masks would suffice.

Last week, the government also made it mandatory to wear masks in confined public spaces but dropped the rule after one day to instead ask the public to observe social distancing.

Since last week, all passengers arriving in Tahiti have to prove that they are Covid-19 free three days before departure and self-test for the coronavirus four days after landing in Tahiti.

According to the president Edouard Fritch, more than 1,500 people have returned a negative self-test result.

He told the assembly that more than 3500 self-tests had been distributed at the airport in Papeete since the restart of international tourism.

Mr Fritch said the flights from Los Angeles have been about half full, with about 15 percent of booked passengers either failing to turn up or being refused boarding.

He defended the reopening of the territory, saying people needed to go back to work to avoid the collapse of the social welfare agency.