An academic with the Australian National University says leaders in Bougainville need to start laying the groundwork for the independence consultations. 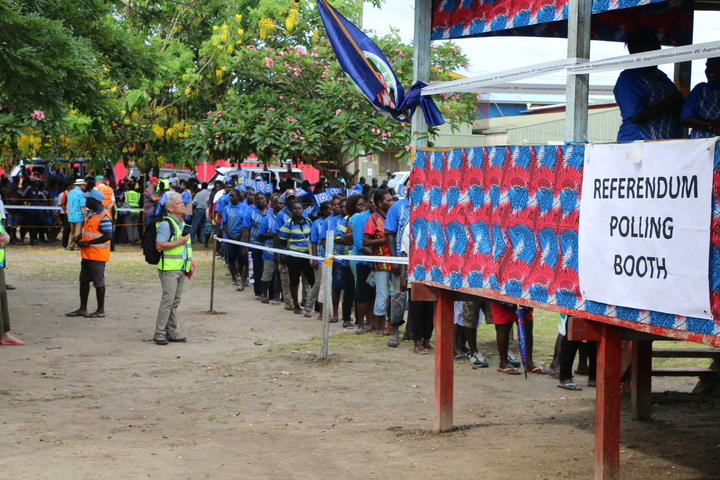 A 97.7 percent majority voted for independence from Papua New Guinea in an historic referendum in Bougainville late last year.

The result is non-binding and would have to be ratified by PNG's national parliament to come into effect. The parliament is to deliberate on the matter following extensive consultations.

Talks are set to formally commence once the new government is in place after next month's regular five-yearly election in the autonomous Papua New Guinea region.

But Dr Gordon Peake, who is with the ANU's School of Regulation and Global Governance, said there had been little preparatory work up to this point.

In the absense of a guide for how consultations should work, he wants to see a draft drawn up to form the basis for the talks.

Dr Peake, who has worked as an advisor to the Bougainville Government, said he felt there was a sense among Bougainvilleans that envoys would sit around a table developing an agreement, but pointed out that this required rooms full of bureaucrats in back-rooms to make it work.

"What would be useful at this point would be to produce some documentation that would at least give leaders in Bougainville and Papua New Guinea a sense of the scale of the issue (in) separating one place from another. Or developing a new set of political arrangements between one place and another is not easy work.

"It is very, very hard to progress if you don't have paper."

Dr Peake wrote an article on the challenges facing the consultations which was published last week on The Interpreter, via the Lowy Institute.