As well as detecting illegal fishing, the Proteus can also help with search and rescue by deploying life rafts, and assess cyclone damage to remote islands by launching aerial drones. 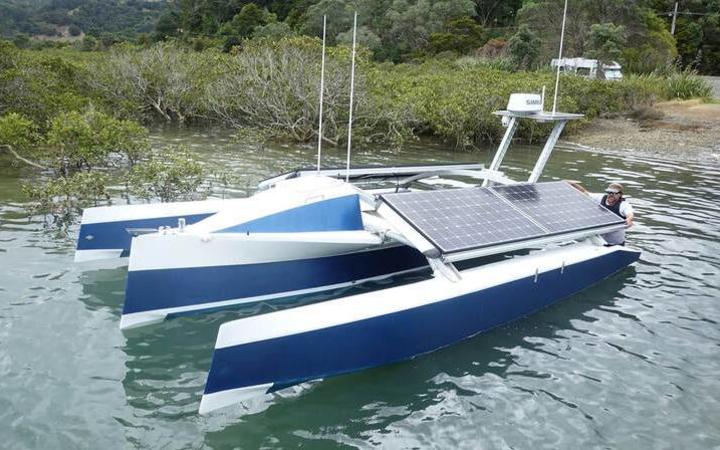 The Proteus is also fitted with sensors that can be used for scientific research, for which it can maintain a stationary, or "geosynchronous" position.

X-craft chief executive Philip Solaris said for a decade his firm had advocated that robotic systems were "the most cost effective" method of surveillance and enforcement of maritime boundaries.

"The historical way of dealing with illegal fishing is a show of force, where governments go out and show everybody the military hardware they have," Mr Solaris explained.

"That is a fairly fruitless exercise. Most of these (fishing) companies have money far greater than most of the small nations they're dealing with. They are well equipped, tech savvy and see those traditional methods as a waste of time."

Small Pacific islands had been receptive to X-craft's advocacy, and shown interest in having its rangeless capabilities at their disposal, Mr Solaris said.

"We're using very advanced systems such as object recognition, and others which I can't talk about, to locate these fishing boats. A lot of them turn off their Automatic Identification Systems and 'run dark,' as they call it. So, we have ways of finding those boats, tracking them, documenting them and being able to present that in a court of law."

Designed as a "mother ship" for other systems, the Proteus has three primary functions: finding and documenting illegal fishing, search and rescue and post disaster operations, and data collection, "particularly on climate change".

The six-metre craft fits into a shipping container for deployment anywhere in the world and can be hauled out of the water by hand to avoid cyclones.

Powered by solar panels, the prototype is also fitted with a horizontal wind turbine "and some interesting battery systems so it can literally keep itself going indefinitely".

While trials are expected to continue for up to 12 months, Mr Solaris said he hoped the Proteus could eventually be produced for "a third or a quarter of the price" of a $NZ300,000 aerial drone.