An art collective in Auckland featuring young Pacific artists is bringing a fresh approach to how they interact with gallery spaces that do not always represent them. 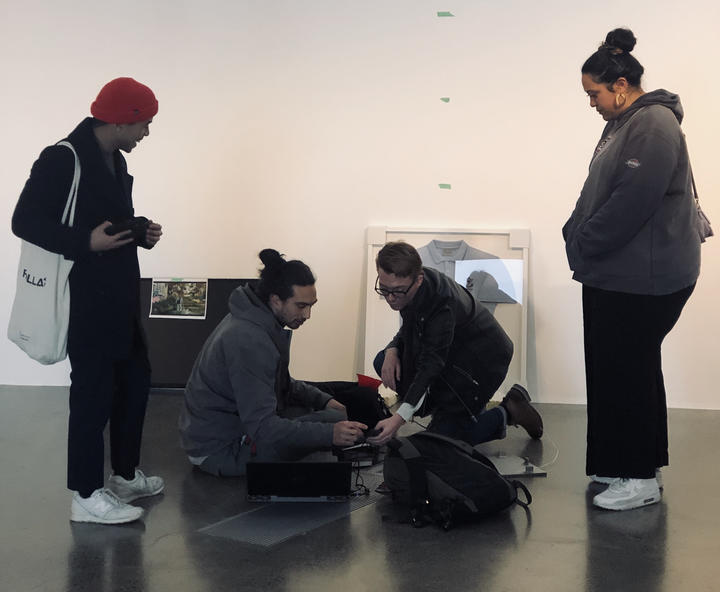 Members of Fresh One installing their new exhibition WYF: Where You From? Photo: Supplied / Te Uru

Ten artists from Fresh One Collective will be opening an exhibition titled Where You From on Saturday 11 July at the Te Uru Gallery in west Auckland.

The collective is a group of young artists from the City of Sails, founded by The Creative Souls Project, a small social enterprise that specialises in supporting and developing young creatives, led by Malcolm Lakatani, Deahne Lakatani and Leonie Freeman.

The artists present a range of artworks, including photography, installation, sculptures and paintings, reflecting conflicting responses to the common question, where are you from?

The title draws on the way young people abbreviate text, as well as mimic slang, juxtaposed by the more formal gallery space.

Co-curators Paulina Bentley and Hulita Koloi want visitors to engage with the stories behind the artworks and the voices from the next generation of artists in New Zealand.

Ms Bentley, 21, said answers to the question headlining the exhibition depended on how individuals interpreted their origin. It could be ethnic via migration, ancestral land connections or simply their suburb.

"One of the artists has interpreted the question as acknowledging their roots, but rejecting the standards of where they were raised in and having their own standards, whether that's with their sexuality or religion," she said. 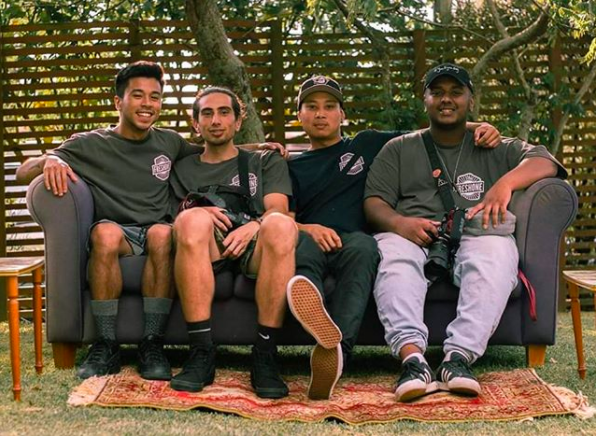 A few of the male artists from Fresh One Collective taking part in the Where You From exhibition Photo: Supplied / Paulina Bentley

"A female artist was raised religiously, but growing up she had her own ideas of her body autonomy, her sexuality freedom and in my opinion, it is a topic we don't talk about often in Pacific cultures."

20-year-old music student from the University of Auckland, Atonia Vavao, is one of the ten artists featuring in the exhibition, for which she has submitted short video clips of her father in the west Auckland suburb of Avondale.

"I chose my dad because he loves our community and this place has been a part of our family for a long time. He is always out and about running errands like buying taro and is very sociable, talking to the shop owners and the locals," she said.

"When people ask me where am I from, I say Avondale and then I say I'm also from Samoa."

Ms Atonia wants the audience to understand that her images of her neighbourhood deserve to be in a public art space.

"People may say, why are you showing the hood? But the thing is, that place is what's real to me and my story I want to share through art, like any other artist would do. It does belong in a formal space like a gallery," Ms Vavao said. 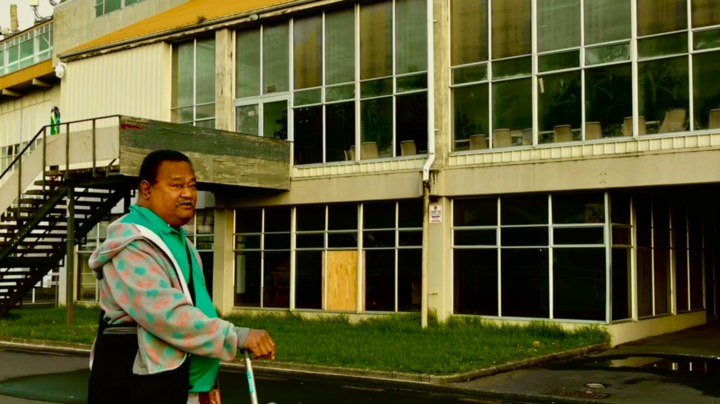 Screenshot of Atonia Vavao's father in her video submission for WYF Photo: Supplied

Whau The People Trustee Jody Yawa McMillan said their main role was to provide guidance including with brainstorming and time management.

"Art galleries often don't feel like accessible spaces for everyone. Our hope is that through this project we have chipped away at that barrier a bit and its created more opportunities for young artists in the art world."

Where You From has been supported by Creative New Zealand's Toi Rangatahi Engagement Fund.