Among the line up of 25 candidates for the Bougainville presidency are a number who are new to politics.

One such is aviation consultant engineer , Sione Paasia, who hails from the tiny, and predominantly Polynesian, Mortlock Islands, far to the northeast of the Bougainville mainland. 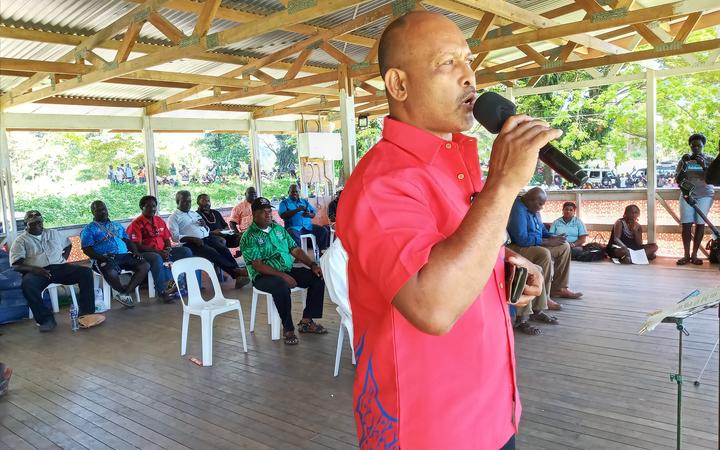 He believes he has cut through in the huge field with his emphasis on economic development - attracting investment in manufacturing, developing cocoa production and making better use of the tuna resource.

"The amount of trees in the 50,900 hectares which cocoa grows in Bougainville has a potential production of 130,000 tonnes," he said.

"We are not even that close. Most of the cocoa is still in the bush, cannot be reached. If we are able to pump money into it we create jobs. Then there is the fisheries. PNG accounts for about 15 percent of tuna throughout the world, which is about $US4-to-$US5 billion."

Sione Paasia said much of that tuna resource is in Bougainville waters.

He also said he wants to see improvements in services for his remote island home, in terms of transport, education and health.