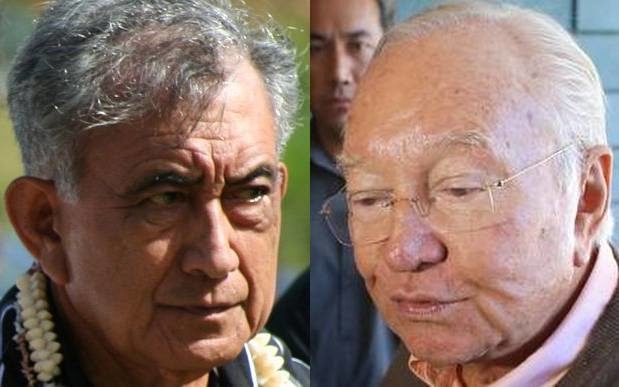 Mr Flosse said there should be a referendum on whether French Polynesia becomes a country in free association with France.

He said Mr Flosse just wanted to be, as he put it, the new caliph.

Mr Flosse had said the autonomy statute, brought in at his behest 35 years ago, had run its course and French Polynesia should now govern itself.

He also said in November his Tahoeraa Huiraatira party would change its name to Amuitahiraa no te nunaa Maohi to reflect its new political direction.

The veteran politician was briefly in coalition with Mr Temaru's pro-independence Tavini Huiraatira for the 2008 election but his government fell.

In 2014 he lost the last of his political posts because of corruption conviction, with Flosse accusing the French state of wanting to eliminate him from the political scene.

In 2013, the UN reinscribed French Polynesia on the decolonisation list but France refused to acknowledge the decision.