MPs have objected to what they say was incorrect reporting about MPs' allowances, and asked the Speaker to require a Cook Islands News journalist's withdrawal from Parliament. 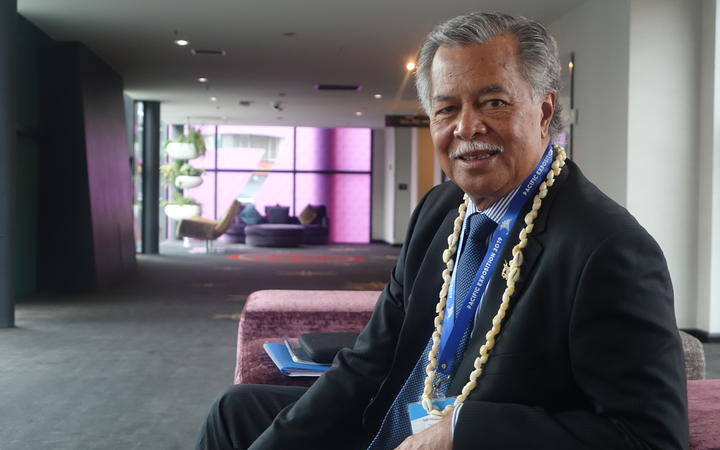 Tai Tura, who is also the Deputy Speaker, raised a question in Parliament about a Cook Islands News article, 'MPs seek allowance top-ups in downturn', published on Friday, 19 June.

The article reported Opposition MP Terepai Maoate Jnr's request for payment of his spousal allowance entitlement, and asking whether outer island MPs living in their constituencies were entitled to same privilege as those living on Rarotonga.

Tura said he was "disappointed and a bit mad with the newspaper" for blaming all MPs for the intention of increasing the allowances.

*Payment of MPs' allowance: You be the judge

*Jonathan Milne: MPs are all in this together

He also defended Maoate Jnr, saying it wasn't his intention to seek an increase in allowance. "Can we try and get these reporters out of Parliament for false information to the public?" Tura asked the prime minister.

Prime Minister Henry Puna said the article's headline suggested "quite clearly and intentionally that all honourable members of this House are just concerned about looking after ourselves during this difficult time".

Puna acknowledged that Cook Islands News said the report was accurate and factual.

"I beg to differ," he said. "It's really pointing a finger at all of us here at this House that we are seeking a top-up or an increase in our allowance.

"We have a responsibility to ensure that the media is responsible in their reporting of our proceedings in this House without sensationalising anything that they report. Because that headline certainly achieves that.

He moved that the Parliament declare the article to be "incorrect and unfair" - a motion that was seconded by Maoate Jnr, and passed without opposition.

MPs resolved that the Speaker Niki Rattle, should also consider whether the report was incorrect and unfair; if she agreed it was, Cook Islands News journalist Rashneel Kumar should be ordered to withdraw from Parliament, for a period to be determined by the Speaker.

"Perhaps there might be a response from the media that we are silencing the media - I certainly expect that from Cook Islands News - but the reality is all our proceedings in this House are being televised live to our people and are also being carried live on radio."

"So we are not silencing the media, we are holding them to account."

Earlier, Puna had said the integrity of all MPs was at stake. He backed Maoate Jnr, saying the Aitutaki MP had raised a question about entitlement. "He never asked for any extra allowances. He was merely inquiring as to what the entitlements were for MPs of the outer islands who are residents in their constituencies".

"Honourable members we all believe in the principle of freedom of media. We all believe that they have a big part to play in our democracy but we also believe with that freedom comes responsibility, they can't just print whatever they want to print. There are laws in our country against things like that.

"But for me what was reported in the newspaper last Friday had crossed the line and we have an obligation in this House to protect our integrity and our reputation and take whatever appropriate action is necessary to do that. This is not the first time that this newspaper has done this. While they may have gotten away with these things in the past, we must never allow them to get away from this responsibility now."

"And as the PM made the comment, it's actually the credibility of the newspaper that's at hand. For that matter, all newspaper and media. As we have seen in the media, we cannot get any control or take the charge of that.

"But Madam Speaker I am definitely giving you the authority to really come down, very, very strong on these media reporters."

"I believe our report was fair, balanced and accurate," he said.

"Politicians everywhere are notoriously sensitive about their remuneration but this is beyond the pale and sheer victimisation of a messenger that impinges on the role of the press to report truth without fear."

*This story was first published on the Cook Islands News