The newly appointed Speaker in Niue, Hima Douglas, says he hopes to re-establish the neutrality of the Speaker in the legislature.

He was sworn in last week after three rounds of voting before defeating the former speaker, Togiavalu Pihigia. 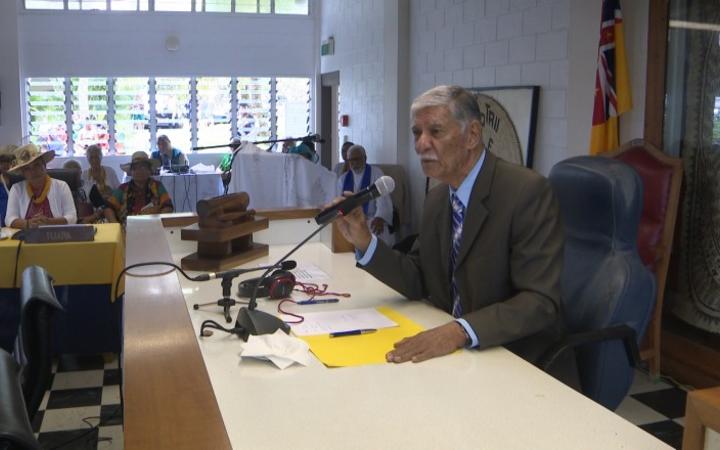 Mr Douglas has previously been an MP, the country's first diplomat and was once the owner/operator of the island's only hotel, the Matavai Resort.

It's more than 20 years since Mr Douglas first set foot in parliament and he said was still trying to figure out how it happened.

"I'm still trying to get my head around it.

"One of my relatives, in fact who is a politician, came to me and said a while back, 'think about it - we need you back in another role in the assembly', so I said we would talk some more about it and before I knew he had put my name up to be the Speaker of the House," Mr Douglas said.

However now that he had been elected by parliamentarians as Speaker, Mr Douglas had some clear goals.

"Whilst the government was busy looking at making the public service more efficient, there was really little attention paid to the legislature so I thought maybe if I could get in there and have a look at how we could improve that branch of government."

There had been criticism in the past speakers hadn't acted fairly toward all MPs and Mr Douglas wants to ensure a neutral stance is taken.

"The role of the Speaker in the House has become blurred somewhat, and I think it was time to unblur it, if that's the right expression, and try and establish the neutral position of the Speaker in Parliament.

"I thought I might be able to do some good there."