A former vice-chancellor at Papua New Guinea's University of Technology says politics has no place in university governance.

Albert Schram's comments follow last week's suspension of the vice-chancellor of the University of the South Pacific, Pal Ahluwalia, by the USP Council's executive committee. 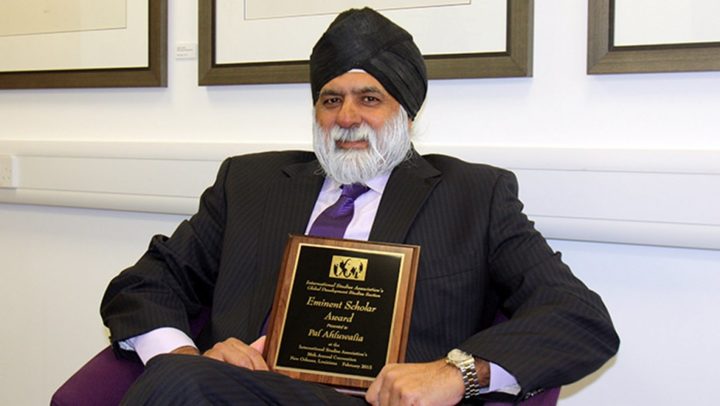 The growing controversy at the main regional university has prompted warnings that university autonomy and academic freedom in the Pacific is under threat.

Some see the latest developments as an attempt by Fiji to nationalise the regional institution.

Dr Schram said while most governments hold the appointing authority at universities, they should not select people who pursue personal and limited agendas.

"Politics should be kept out of university and there is broad consensus among all students and staff at universities in the Pacific that you shouldn't import the problems from national politics into the university.

"Governments should be wise and not appoint people who are pursuing personal and very limited agendas."

Ms Akbar said the criticisms were "untrue and frankly uncalled for".

Calls for meeting, removal of committee

Professor Ahluwalia, who took up the role in 2019, believed he's a victim of a witch-hunt by the leadership group.

Barely two months into his new role, he alleged abuse of office and serious mismanagement by his predecessor and the council's leadership group led by pro-Chancellor Winston Thompson.

The Kenya-born academic said he welcomed any investigation but it should be carried out independently and not determined by the people who seemed to have a vendetta against him.

The claims were encompassed in a yet-to-be released report by forensic accountancy firm BDO Auckland. 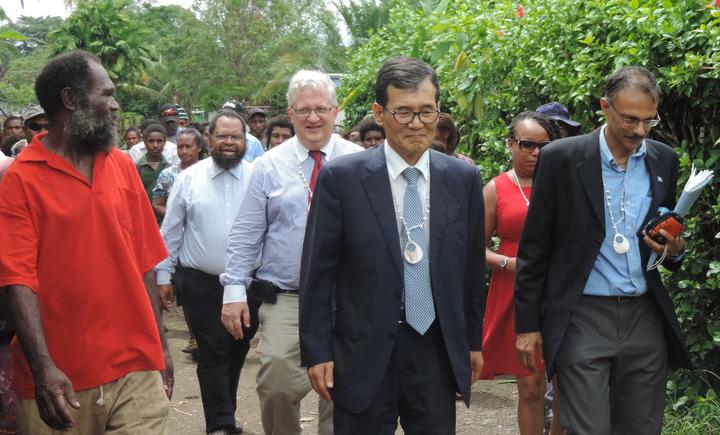 Dr Albert Schram, third from left, with UN and Korean government officials during a visit to a settlement in Madang in Papua New Guinea. Photo: Supplied by Albert Schram

Students, faculty and staff at the USP - including Pacific leaders and government officials - have joined calls for the removal of the executive committee.

Prior to his role at the USP, Mr Thompson was Fiji's ambassador to the United States in 2009 and before that served in various government ministries and companies including a senate nomination in 1996.

The secretary-general of the Pacific Islands Forum Secretariat, Dame Meg Taylor, is one of the latest figures to support Nauru's call for a special council meeting to look into the long-running leadership and employment issues at the USP.

The chair of the Pacific Islands Forum, Tuvalu Prime Minister Kausea Natano, said he was concerned at last week's developments.

Mr Natano urged Forum members to "work together, and in the Pacific way, to chart a course forward for our premier institution of learning".

Samoan Education Minister Loau Sio has also chimed in calling on Mr Thompson to step down.

And the Cook Islands Ministry of Foreign Affairs shared on its social media platform the need for the USP Council to ensure good governance and management was administered by due processes. 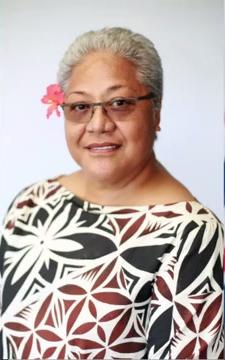 Tonga and USP donors Australia and New Zealand are in agreement that a special meeting could help to resolve the impasse.

Samoa's Deputy Prime Minister Fiame Naomi Mata'afa, who is also Chair of a USP Council Sub Committee, said Professor Ahluwalia's suspension was made by a committee which took over council powers under the cover of Covid-19 emergency regulations.

"The latest development at the university is quite appalling," she said. "The governance which was raised in the BDO report seems to be continuing the way it is as people are behaving in very irregular ways and not following due process."

But Mr Thompson, who is also Council chair, said while the professor's suspension was not linked to the BDO report, the executive committee acted within its powers.

"The governance instruments under which we operate are clear," he said. "The executive committee has the power under the statute and ordinances of the university to take action in the case that it did.

"For anyone to claim that it's acting illegally is clearly incorrect."

Dr Schram said the suspension of Professor Ahluwalia had eerie similarities to when he was dismissed in PNG in 2018 for failing to present his credentials.

He said the PNG Council had been misled by disgruntled staff after he eliminated illegal allowances.

He said the hiring and sacking of a vice-chancellor is the responsibility of the Council and not the executive committee.

"I'm not surprised at all that Vice Chancellor Ahluwalia ran into the same problems that I had because universities in the Pacific are very close to becoming completely dysfunctional and collapsing.

"And in that manner they aren't able to provide a good learning environment for the students and do not contribute to nation-building at all."

Dr Schram said the USP episode left a bad taste of "corruption and xenophobia" and warned the university could succumb to political infighting as had happened in PNG.

He said universities should govern their own affairs.

"From my experience what you have seen in the last 10 years or so is that without changing the acts of the university, the governments in the Pacific have been encroaching upon their (universities) autonomy slowly.

"So the Higher Education Act was all about the government getting control and as the vice chancellor, you have the responsibility of upholding the provisions of your University Act."

Dr Schram, who also served on the council of the University of Papua New Guinea, said Fiji should avoid the fate of PNG universities.

"We're used to putting the students' experience as the centre of all our activity, not the allowances and the appointments of the staff.

"Now if you have a heavily politicised university then the only reason for its existence becomes as a source of income for the staff families and that's not how it should be."

Stakeholders at the regional institution are being urged to act quickly to address the fallout from the suspension.

Dr Schram said New Zealand is one of the main financial contributors to the university and along with Australia must take a lead role in resolving the situation at the USP.

The University of the South Pacific is headquartered in Suva, but is owned by 12 governments, with campuses in several countries.

Meanwhile, a special meeting of the USP Council is supposed to be held this week.

Nauru President Lionel Rouwen Aingimea has proposed that either Australia or New Zealand organise the virtual meeting rather than staff from the university.

In a letter to Mr Thompson, Mr Aingimea said this was for "transparency and security reasons", saying "the suspension of Professor Ahluwalia must be dealt with at the first possible opportunity".