The case brought against the prosecutor in French Polynesia by pro-independence leader Oscar Temaru has been deferred by a week amid suggestions it could be transferred to France. 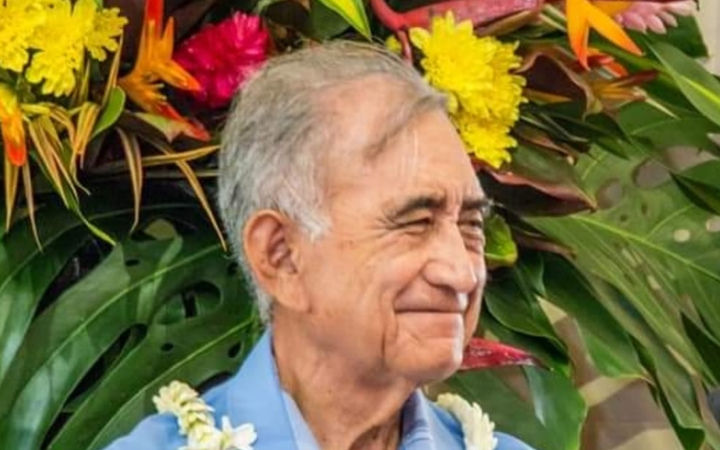 Mr Temaru sought a preliminary ruling after the prosecutor Herve Leroy last week explained why he ordered the seizure of $US100,000 from Mr Temaru's savings account.

Mr Leroy intervened over Mr Temaru's court conviction last year but Mr Temaru said the case was still on appeal and Mr Leroy therefore violated the presumption of his innocence.

Today's hearing was adjourned until 22 June, with the judge suggesting she might not be able to rule because the prosecutor was part of the same judicial organisation in Tahiti.

Mr Temaru today signed an appeal to the judge's order seizing his money which Mr Leroy had obtained last week - several days after the funds had been taken.

Last week, Mr Temaru started an unlimited hunger strike in protest at the French judiciary but suspended the action on Friday in view of today's scheduled court hearing.

He will be seeing his doctor for further tests today and may resume his protest.

One of his supporters, French Polynesian and French parliamentarian Moetai Brotherson, questioned the suggestion to move the case to France, saying it would be unclear who would pay for Mr Temaru and his lawyers to go to France.

He said if there were a transfer, New Caledonia should be considered because unlike France it was Covid-19 free. 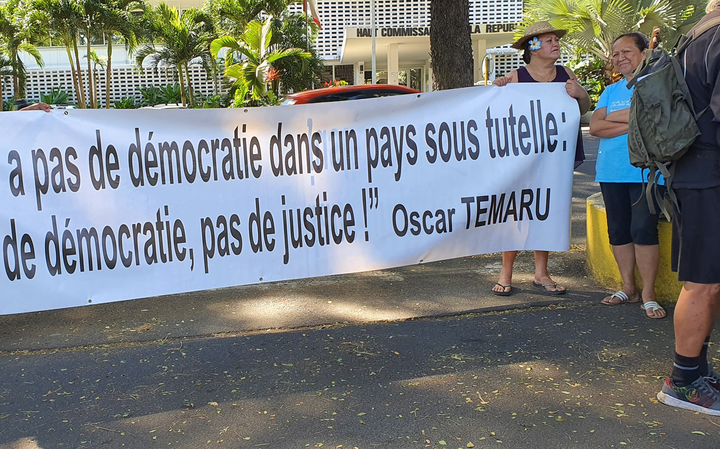 Temaru supporters protest his treatment outside the courts in Papeete. Photo: supplied