The newly elected Premier of Niue, Dalton Tagelagi, says investigating the financial state of the government will be his immediate priority.

The Alofi South MP defeated veteran O'love Jacobsen by 13 votes to seven yesterday in parliament to take on the role.

Mr Tagelagi told BCN he was humbled and very honoured to have secured the premiership after 12 years of being in Parliament.

He said he had big shoes to fill, referring to Sir Toke Talagi, premier for the last four terms who lost his bid for a common roll seat.

During the campaign period, the financial management of the government was highlighted as a major issue of concern.

Earlier a damning audit report highlighted a continuation of ongoing financial issues in the country.

The report showed poor financial record-keeping, misused donor funds, and a budget blow-out for the 2015 year.

Mr Tagelagi said in the immediate term, he would be focusing on financial matters.

Helping him do that will be a new-look Cabinet of Ministers.

Described as a 'Government of Unity', the premier has named the three MPs joining him in his Cabinet.

Mr Tagelagi himself will be responsible for Central Agencies, State-Owned Enterprises, and Foreign Affairs.

The Minister for Finance and Infrastructure is Crossley Tatui, an MP since 2011 who had traditionally been regarded as an Opposition member.

The new minister for Natural Resources is Mona Ainuu, the only female minister.

Parliament newcomer Sauni Tongatule is the minister of Social Services.

Mr Tagelagi said he was selecting the "best people that can help push Niue forward."

Barrier for women in parliament

Thursday's attempt was Ms Jacobsen's fourth at the top job. 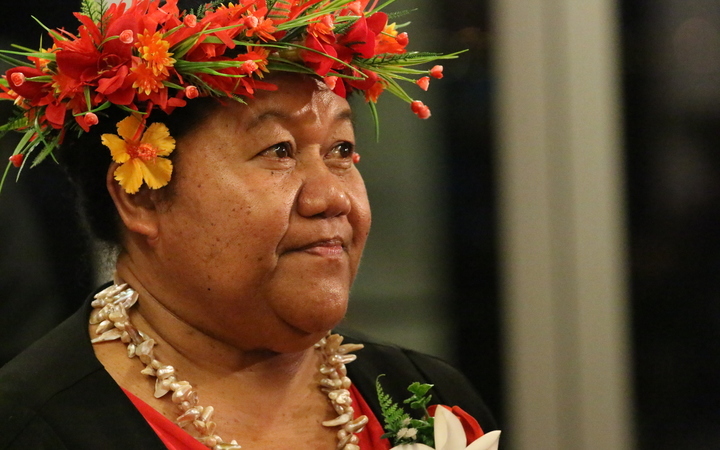 In her concession speech, she said it was still very hard for a woman to lead the country.

She said that the barriers confronting women, not just in Niue but internationally, were that they were still not considered leadership material and women were generally relegated to the kitchen.

Her impassioned speech was well received and despite the outcome, Ms Jacobsen vowed to continue to inspire women to pursue leadership roles.

She encouraged the female high school students in the public gallery not to feel disheartened by her unsuccessful attempt at the premiership.

Jacobsen also reminded the newly elected Premier Dalton Tagelagi about his role as well as the newly sworn-in members of Parliament.

"You are answerable to the Niue Assembly, not the other way around. No one makes it to the top without the help of others," she said.

Ms Jacobsen has been an MP for almost 20 years.

The latest election results saw the number of female MPs drop from five to three.