Twenty-eight refugees detained on Nauru and Papua New Guinea's Manus Island are due to fly to the United States today for resettlement. 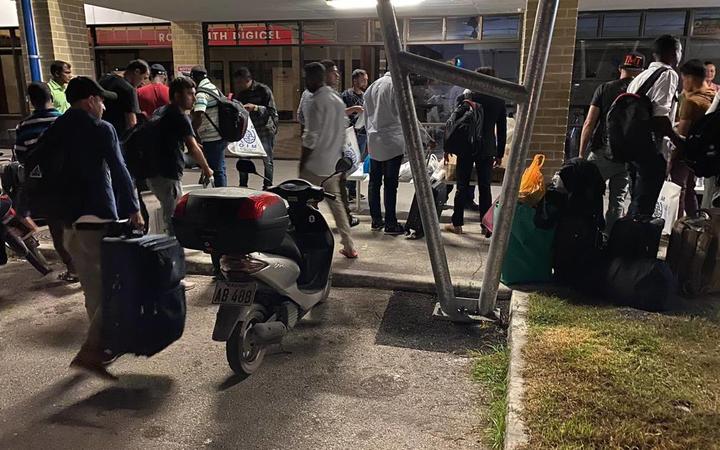 Refugees gather at Nauru airport for transfer to the US, 11-6-20. Photo: Refugee Action Coalition

Twenty-four will leave Nauru after nearly seven years on the island to live in cities including Chicago and Philadelphia.

About 200 refugees remain on Nauru and 180 in PNG while 200 others, transferred to Australia for medical treatment, continue to be held in detention centres and hotels being used as alternative places of detention.

More than 750 refugees detained offshore by Australia since 2012 have been resettled by the US, despite Australia refusing to grant them asylum.