The only coach to lead Samoa to a World Sevens Series title believes it's time another local is given the job.

Sir Gordon Tietjens resigned last month after three and a half years in charge. The Manu Sevens finished 13th, 10th and 6th in his three full seasons at the helm, and were languishing at 13th in the overall standings when the current campaign was suspended in March. 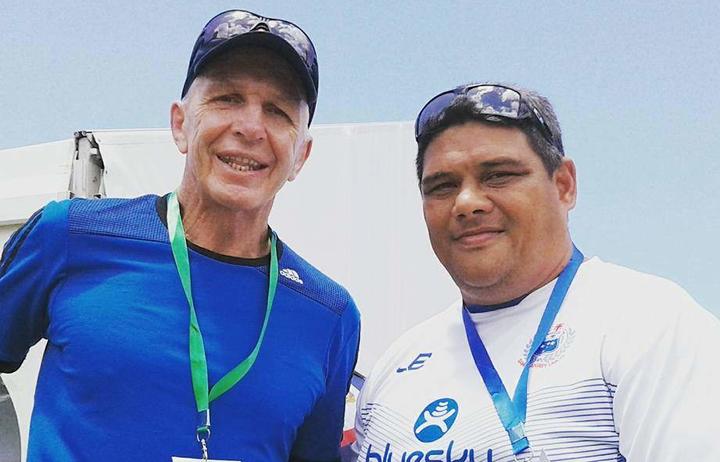 Stephen Betham was an assistant coach under Sir Gordon Tietjens between 2016 and 2019. Photo: Oceania Rugby

Stephen Betham led Samoa to the 2010 World Series title and believes it's time for a local coach to be given another crack at the top job.

"I think going local long-term is the right way. It's not disrespecting the off-shore coaches - [Damian] McGrath and Gordon Tietjens brought a lot to the table, something different - and I think it's good for the [Samoa Rugby] Union to see that they've seen that," he said.

"And even myself working with Sir Gordon it was an eye-opener for me to see the way he saw things...There's always pros and cons but I think we've got to take the good things some of these off-shore coaches have brought and how to marry it with what we do on this side of the world with our culture."

Betham spent three years as an assistant coach to Sir Gordon Tietjens and said whoever succeeded the former New Zealand mentor must be given the opportunity to rebuild the team over an extended period. 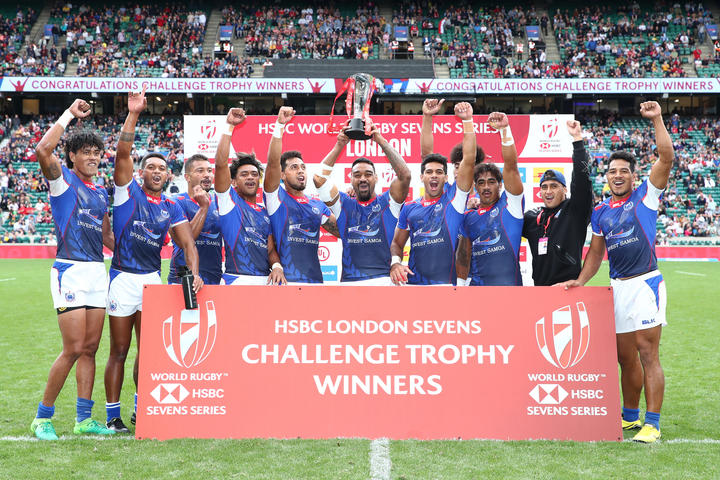 Samoa have had to settle for lesser silverware in recent years. Photo: Mike Lee - KLC fotos for World Rugby

While Betham would like to see the new coach afforded time to grow into the role, he admitted expectations in Samoa were always high.

"You don't have the results in two years time you could be out of there so in building a team you've got to be very mindful of your results so you've got to have the right players and the right coaching staff."

When Samoa Ruled the World

The end of last May marked a decade since Samoa won their only World Sevens Series title. The 2009/10 team reached the final in six of eight tournaments and won four of the final five events - in Las Vegas, Adelaide, Hong Kong and Edinburgh - to beat New Zealand to the series crown. 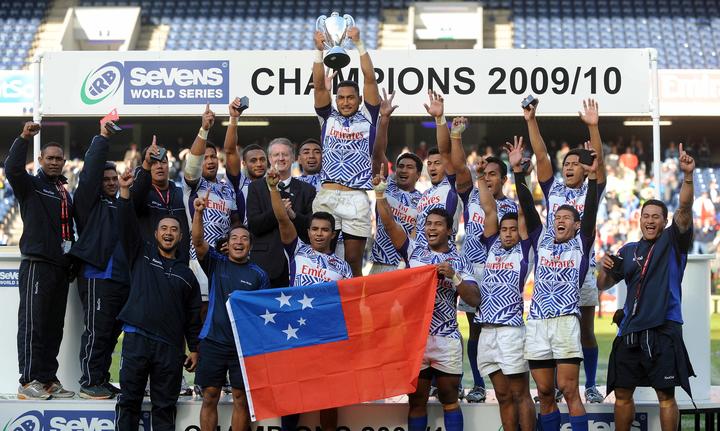 Stephen Betham was in his first year as head coach and said it was a special group. 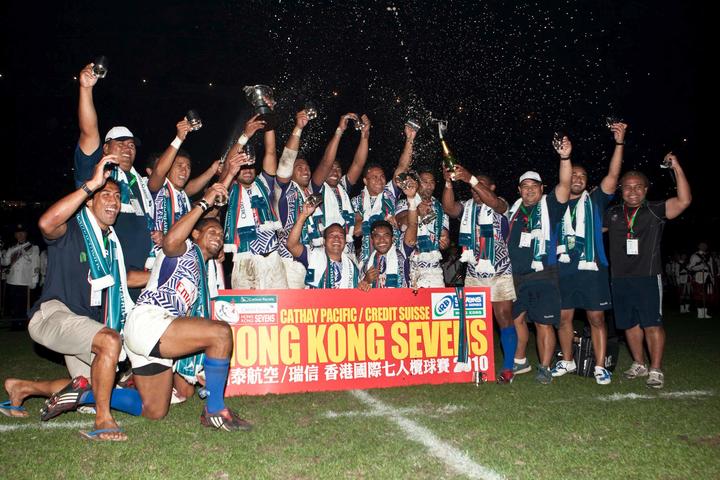 Betham took charge of the team in mid-2009 and says their historic season was forged during the 2009 Pacific Mini Games in the Cook Islands.

"When we were getting ready to play that tournament in Rarotonga we heard news of the tsunami and I just saw a massive change in the boys and they had a mindset of we're going to go out there and win the gold medal - win it especially for what had happened," he said.

"That's when I think it all started - these boys just started playing for each other and believing in each other. From there we went to the Oceania [Sevens] in Tahiti and we just blew that out of the water before heading to Dubai.

"We were in that final in Dubai and the boys sort of knew that they could actually foot it up with the best and just went on from there." 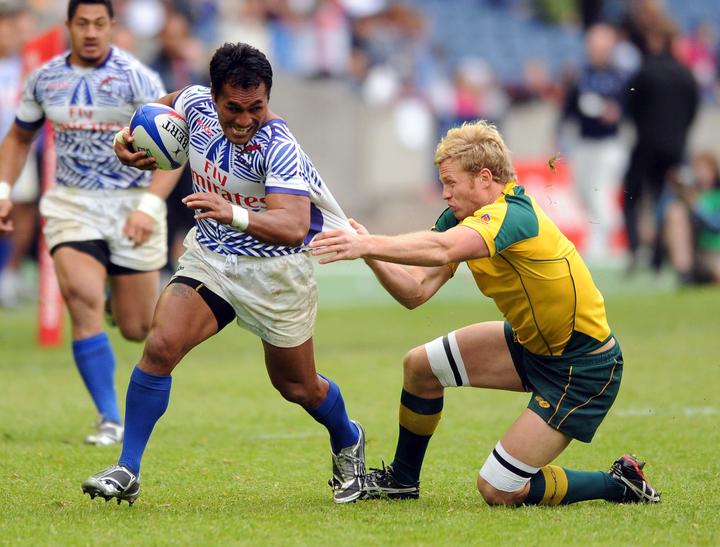 Uale Mai was a key playmaker for Samoa during their World Series winning season. Photo: PHOTOSPORT

"He just brought in a lot of speed - he finished off everything we created and it was a goal of his right from the start," Betham reflected.

"He actually had a one-on-one with the manager and said, 'this year manager I want to be the top tryscorer of the whole series. He didn't think he was going to get the MVP but he wanted the top tryscorer honours and he did in the end." 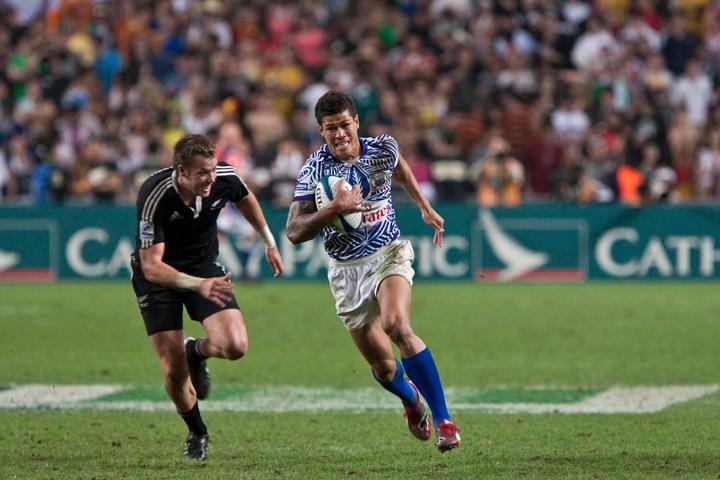 Betham joined his assistant coach and eight members of Samoa's World Series winning squad in Apia on Saturday to celebrate the 10 year anniversary of their historic triumph, (the other eight players are based overseas and could not get back to Samoa because of the global border restrictions).

"The reason we waited 10 years was we really thought that another team would probably achieve it or better it within that ten years, so we actually wanted to wait out a ten year period and see if any other team in Samoa had conquered it but it's been unfortunate and so we decided to celebrate."

Our former Manu 7s and Legends celebrating 10 years anniversary since they claimed the World Sevens Champions. Enjoy the rest of your Reunion. #ManuSamoa7s @manusamoa pic.twitter.com/bW77ZOAhQg

"On the night it felt like it was yesterday," he said.

"The boys were just reminiscing on the past, what had happened and old memories just came flooding back and it was great to be with the boys again that whole day.

"We actually started with breakfast in the morning and then we had a tour around the island where we went to a few resorts: popping in and have one beer here celebrating at one resort and then just keep moving around until we all got back into town and then we had our dinner in the evening at six o'clock."

And while Samoa have not finished higher than fourth in the decade since their sole World Series success, Stephen Betham believes his champion team will be emulated one day.

"The talent is here to nurture," insisted the Vaiala club-man. "I've dealt with club rugby last year and this year and there's a lot of talent on island - it's just a matter of getting the right coaching staff in and identifying the talent and I'm sure they can produce the results within a couple of years." 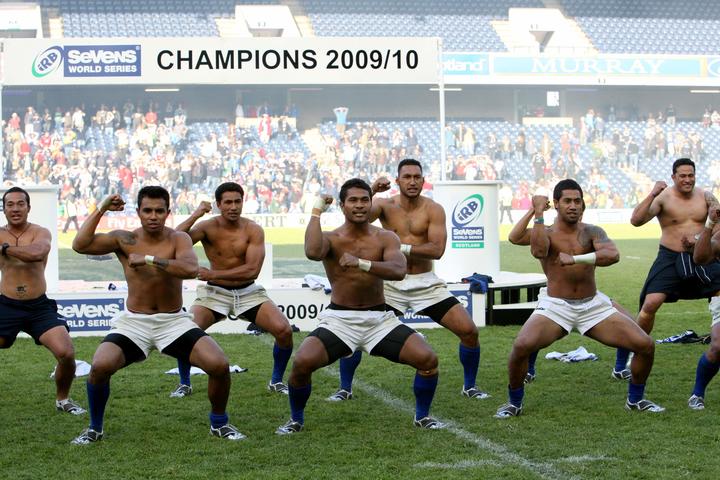