Despite Covid-19 rules limiting public gatherings to 150 in American Samoa, more than 300 people turned out for a walk of honour for two firemen killed on the job last month.

Captains Mike Tipoti and Talofa Velega were returning from a fire in the village of Afono early on 30 April, when the fire truck they were in lost its brakes and crashed into a mountainside. 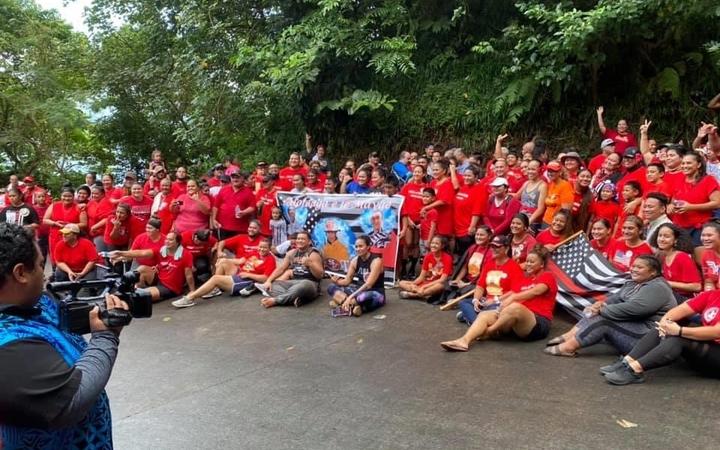 Two other firemen survived the crash, one of whom is beIng treated in New Zealand for spinal chord injuries.

Yeserday's walk was organised by Sergeant Talaleomalie Mortenson who had trained together with the firemen.

Lieutenant Governor Lemanu Peleti Mauga, House Representative Andra Samoa and the Director of Congresswoman Aumua Amata's local office, Pulu Ae Ae Jr, were among the large crowd that turned out for the walk.

Retired firemen, army reservists and the widows and children of the deceased also took part.

At the crash site, a banner with the photos of the two firemen was hung across a small shelter, adorned with candles.

Sgt Mortenson, who left the fire unit and is now a customs agent, said she wanted to recognise the sacrifice made by the two captains and to show their families the community shared their loss.

The men leave behind their wives and six children each.

Donations were collected at the walk of honour for the families. 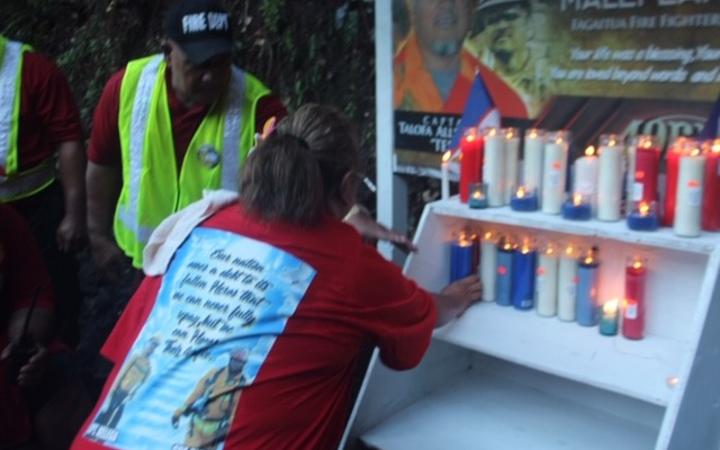