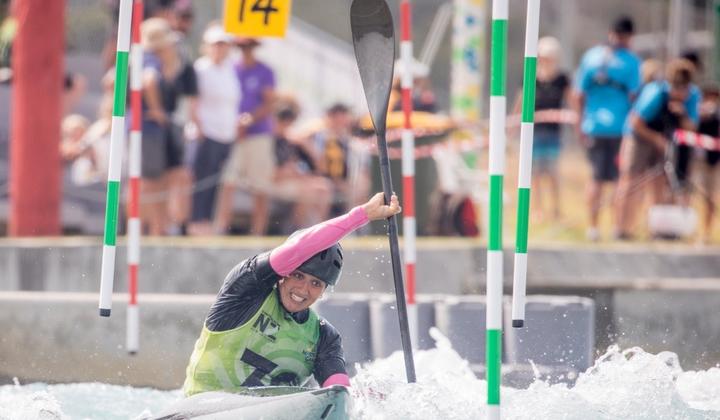 The 27-year-old has followed in the footsteps of her older brother and sister for as long as she can remember. Both took part in the Rio Olympics four years ago, and when they're not in the water all three siblings work as doctors.

The Tauranga-based athlete said winning the prestigious award is a credit to them and has motivated some good natured competition between them.

"It's a first for our family and I guess it makes it that little more special", she quipped.

"We're definitely very competitive. I don't think you could be a high level athlete and not be competitive so that always comes out, but it's generally good natured competition." 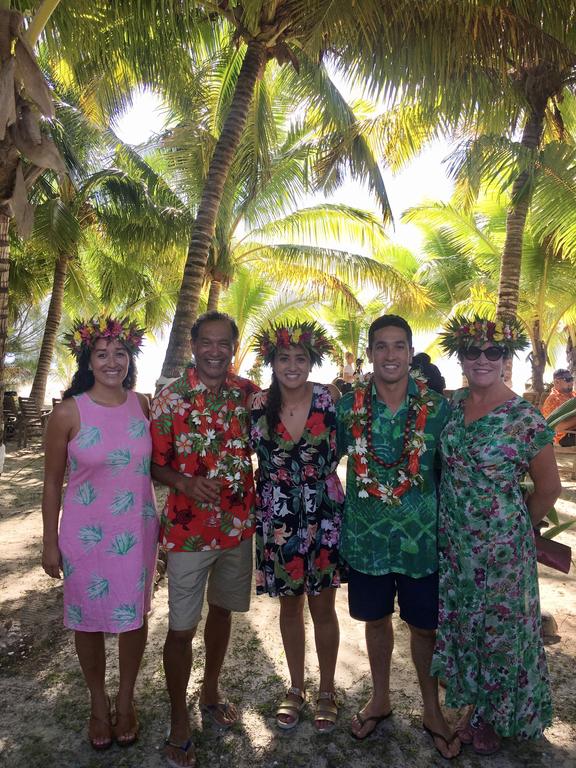 "My brother and sister have been a huge support throughout my career so they were really happy for me to win this award, to represent the family and to represent the Cooks as well," she said.

Despite not making the event because of Covid-19, Nicholas said she felt honoured knowing she had the support of the small island nation. 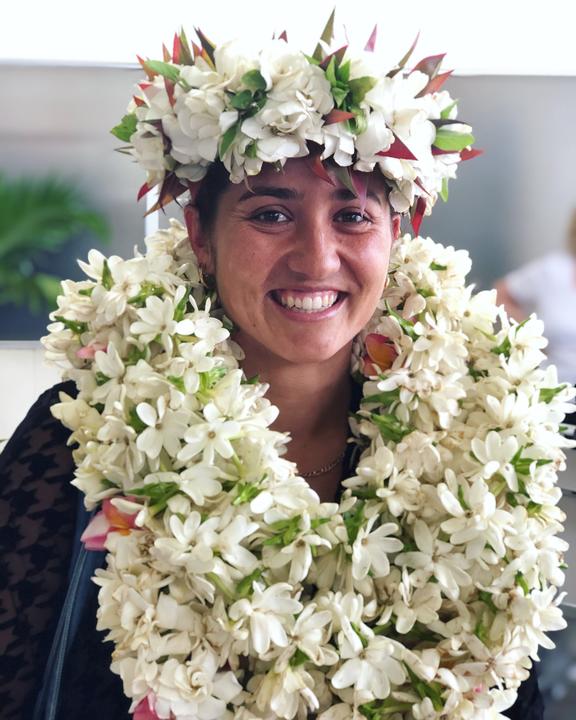 Nicholas being welcomed to Rarotonga after qualifying for the Cook Islands. Photo: Supplied

"I was really stoked. I knew I was nominated - and obviously there's a great group of women that I was up against - and to actually win I was very honoured," she said.

"I'm so proud to represent the Cook Islands and it's actually been really special. Being a smaller nation and with less athletes I think we kind of had lined up five spots for the Olympics, but they really know their athletes, they really support their athletes, and having them behind me is just more motivating."

"We had some really good performances last year which made the choices harder, but the Olympic qualification, it's something that we don't always get but Jane actually qualified outright so that's a real plus," he said. 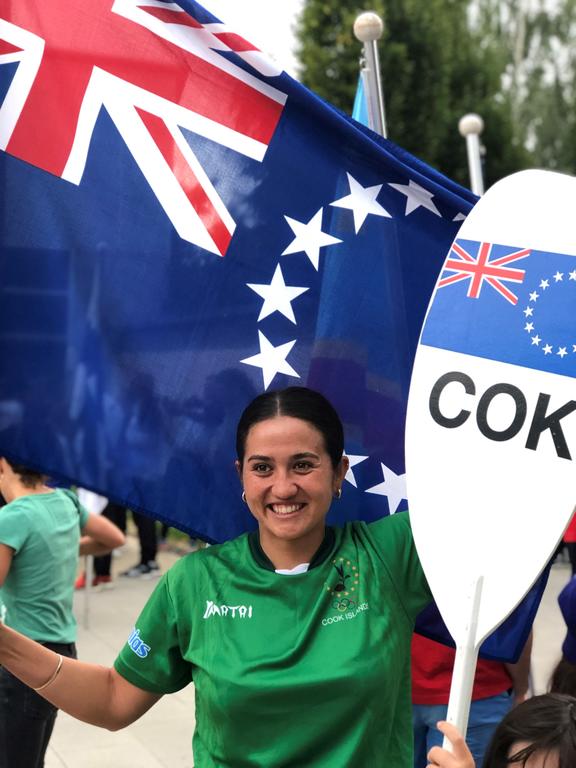 With the Tokyo Olympics postponed until 2021 and lockdown restrictions lifted, Nicholas is getting back into a hectic schedule to keep her at the top of her game.

Working on the medical frontline already has it's pressures, she said, but when you add in two training sessions a day and trips between Auckland and Rotorua on weekends, it's a whole new ball game; something she admits she's used to. 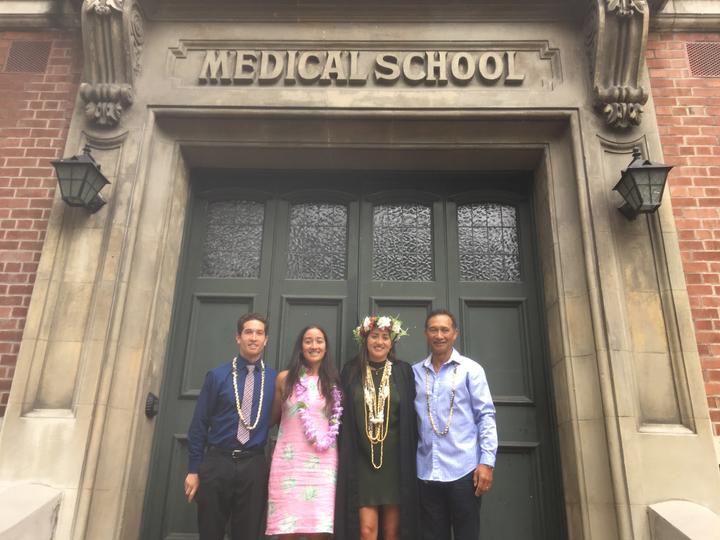 "It's sort of like balancing two full-time jobs but I'm just trying to do my best at both of them."

"It does take up a lot of time but I'm very well versed in time management. I was training throughout university while I was studying medicine and then I was training when I was at work before I took time off so it's not compeletely unfamiliar territory."

An Olympic debut remains pencilled into her calendar, reminding her of scheduled flights she had booked around the world. She's far from where she was meant to be before Covid-19 shocked the world but the youngest member of the Nicholas paddling dynasty is making the most of the unprecedented situation. 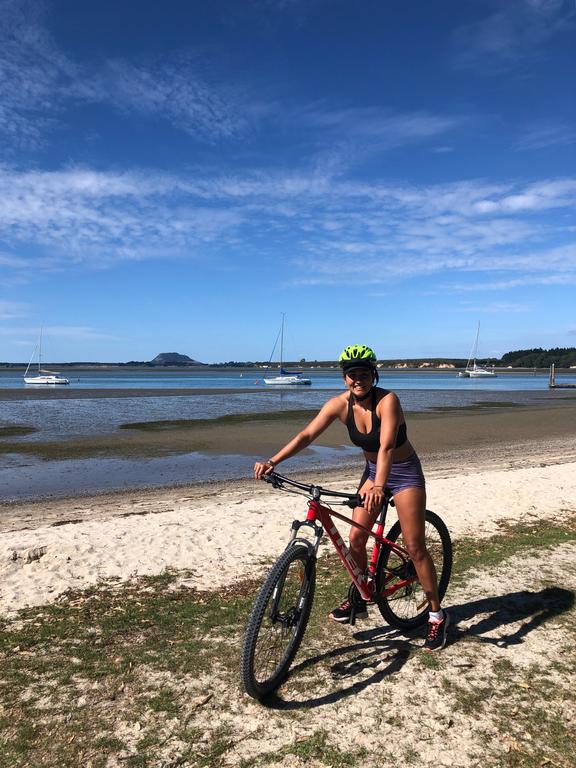 "It was hard to accept to begin with but I'm really lucky that I have a job that I could just go back to. I'm in a much better position than so many other people because of these Covid changes so, if that means I need to knuckle down a little bit longer, I might as well make the most of it to improve my training and to come out better."

She hopes a domestic competition will help boost her Olympic campaign.

"All of those plans are out the window but we are hoping that we develop a bit more of a domestic competition. Canoe Slalom Bay of Plenty is the biggest club in the country and I'm sure they'll be planning something in the works to get a few more races going on here at home."

"...and then if we do open up [our borders] with Australia, we'll be able to tee up with the Australian athletes to get some extra Oceania competitions going I imagine."

Until then, she's feeling grateful just to be out on the water again.

"It certainly feels really good to be back in my boat, my actual boat, and not having to simulate that at home. I got pretty sick of looking at four walls, paddling and not going anywhere, so I'm glad that I can be back out on the water now."

"I'm definitely not where I had planned to be but I've got a good plan to get through this period and I'm hoping to become a full-time athlete again at the end of this year."

Brother Bryden will join Jane when she makes her Olympic debut next year while older sister Ella - already a two-time Olympian - decided to take a step back and focus on her career.

But the 2016 Cook Islands flag bearer hasn't closed the door on competing alongside her siblings in the future. 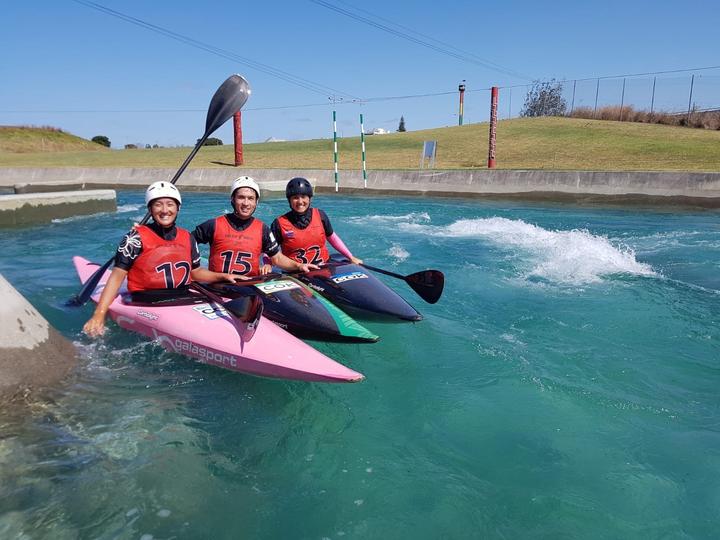 "That would be awesome. It would be difficult because my sister and I do the same class in kayaking and historically we'd have to compete for it," said Ella.

"They've actually introduced a new women's class so now there is a possibilty that all three of us could go. At the moment my career is definitely my first priority so I won't be there with my brother and sister, at least not that I can see, but maybe one day. I'm definitely not ruling it out."

Coming from a family of Olympians and doctors, expectations out on the water are understandably high.

Ella said Jane had a good shot but she's up against some tough competition.

"Slalom is a funny sport in that it could be anyone on the day so she definitely could do that but she is going to be up against some really tough competition."

Jane might give credit to her older siblings, but Ella said it's her sisters determination which has taken her this far.

"I think what I've learnt most from her is she's just very independant and she's good at making decisions about what she wants and going for them. I often get a little bit distracted by what other people want and things, but I'm really proud of how she sets a goal and she just puts her mind to it and goes for it herself."