One of New Zealand's Pasifika leaders honoured this Queen's Birthday says everybody deserves the best education they can get. 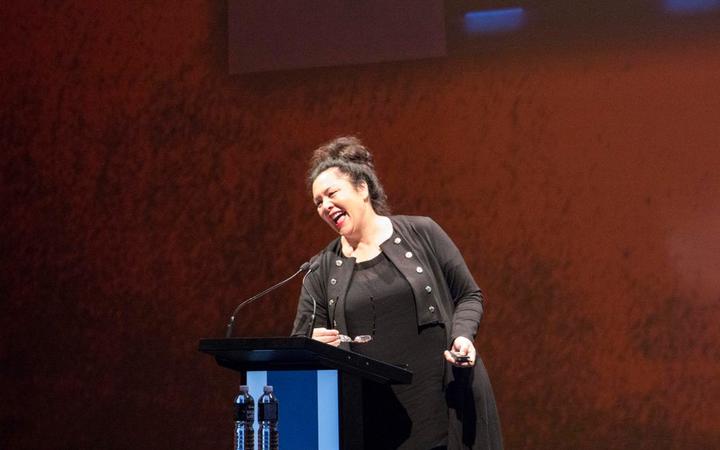 South Auckland primary school principal, Barbara Ala'alatoa, was made an Officer of the New Zealand Order of Merit for services to education.

She said she was shocked to hear she was being recognised in such a way.

"It was a bolt from the blue but after my initial absolute excitement I feel, and it sounds like such a cliche, but it's incredibly humbling.

"But I take it...because education deserved to have the kudos attached to it that many other professions have and that all too often education doesn't," Ms Ala'alatoa said.

A New Zealand-born Samoan, raised in Auckland, Ms Ala'alatoa said she had had a "reasonable kind of education" growing up but she saw a number of incredible people who were under-served by schooling.

"As I headed into teaching and I learnt about how powerful good teaching and learning could be it really impacted me in a way that led me to believe that everybody that goes to school deserves the best possible education."

Ms Ala'alatoa believed education could be incredibly powerful and be such a determining factor in people's lives that it was important for teachers to make sure they got it right.

The Sylvia Park Primary School Principal said when she first started at the school 13 years ago she found some elements that were missing despite the fact there were both wonderful children and staff there.

"What was the data and the information as a staff they were collectively using to determine what their next teaching practice should look like and really listening carefully to the community."

Ms Ala'alatoa chaired the Education Council of Aotearoa for four years, overseeing the design of codes and standards for teachers throughout the country.

She said strengthening the quality of teaching in New Zealand would have a positive impact on Pasifika students.

"For Pacific kids going into school, they should be able to have an education that is curated for them that affirms who and what they are… I'm quite clear that the one thing that will have an impact on Pacific kids is the quality of teaching."

She is also Chair of Te Aho o te Kura Pounamu and lead Principal for the Maungakiekie Kāhui Ako.