A French Polynesian baby rushed to Auckland for urgent surgery three weeks ago has died. 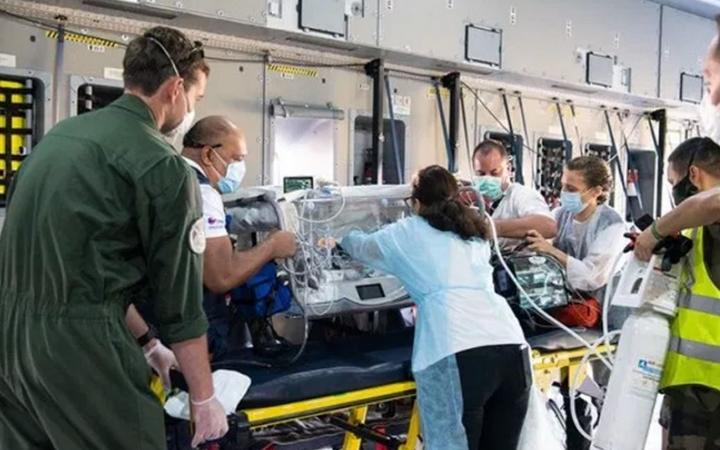 The baby was flown to New Zealand on a special French military flight Photo: Supplied

The ill child along with the mother and a medical team had been flown to New Zealand on a special flight of the French military.

No further details of the child's health problems were disclosed.

Tahiti Nui TV said the child's mother was now appealing for help to return with the body to Tahiti.

The military used its A400M cargo aircraft for the mission which Paris deployed to Tahiti for a month to help with logistics during the Covid-19 pandemic.

The plane has since returned to France and renewed air links between Auckland and Papeete were not expected before July.

An Air New Zealand representative told Tahiti media this week that the carrier would operate a weekly flight but only once quarantine requirements had been lifted.