As Mr O'Neill arrived back in the country on Saturday afternoon following an extensive absense police arrested him in relation to his role in the purchase of two generators from Israel six and a half years ago.

The Police Assistant Commissioner of Crimes, Hodges Ette, confirmed the MP was brought in for questioning after flying in from Australia where he has been for much of the year.

While anti-fraud police investigators have sought him for questioning for months, Mr O'Neill was reportedly unable to return to PNG since March when border closures were implemented as part of the country's covid-19 state of emergency.

The allegations against the Ialibu-Pangia MP relate to a purchase he made as prime minister in 2013 to purchase two 15-megawatt generators for PNG from an Israeli company, LR Group.

PNG's parliamentary opposition filed a police complaint about the purchase in 2014.

Police allege that Mr O'Neill directed payments for the purchase of the two generators from Israel without due consideration for procurement processes as required under Public Finance Management Act.

The purchase of the two generators was not approved by the national parliament, while police allege that the purchase did not go through required tender processes, nor was there legal clearance from the State Solicitors for such payment.

Mr O'Neill is alleged to have directed the National Executive Council to convene and approve the payment of US$14-million (50 million kina) for the generators after the purchase was made.

According to Mr Ette, there was reasonable evidence of misappropriation, abuse of office and official corruption.

The former prime minister, who lost power to incumbent prime minister James Marape a year ago, was to be allowed bail, an initial police statement said.

He was also to be quarantined at his own residence for the next 14 days after the interview, as required under PNG's emergency measures for all citizens repatriating.

Releasing a statement on Sunday, Mr O'Neill described the case as "highly politicised" and defended the handling of the purchase.

He said the decision to buy the generators was taken to address the chronic problem of power blackouts in PNG's main two cities Port Moresby and Lae.

According to the MP, the purchase was approved by parliament in the Supplementary (Appropriation) Act 2013.

"We all know that this highly politicised case has been influenced and pushed by dark and shadowy figures behind the scenes wanting to force an arrest.

"I look forward to having my day in court soon so that the truth can prevail and this injustice corrected and exposed," Mr O'Neill said in a statement. 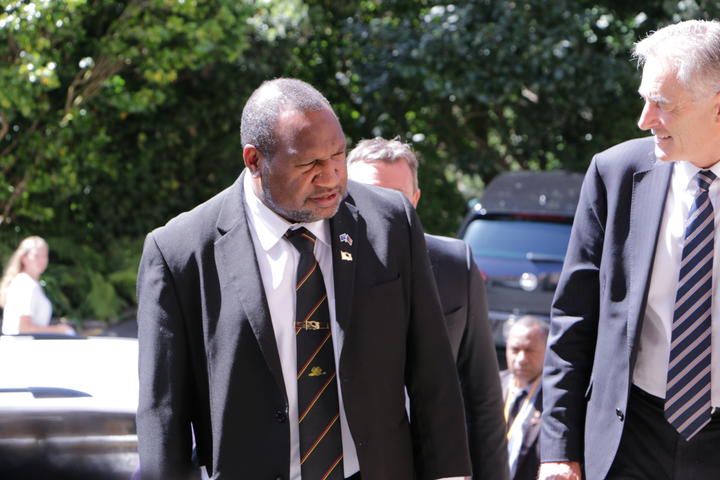 The former Prime Minister also questioned why Mr Marape, who was finance minister at the time, was not being also being investigated over the purchase that he was involved in approving.

Mr Marape has issued a statement saying that finance ministers are always amongst the last in the chain of approval process.

He said he would not interfere in the police investigation process, adding that he was willing to make statements as a witness.