Australia has pledged around $US15 million (Vt1.7 billion) for Vanuatu towards preparedness for Covid-19 and recovery from the impact of Cyclone Harold. 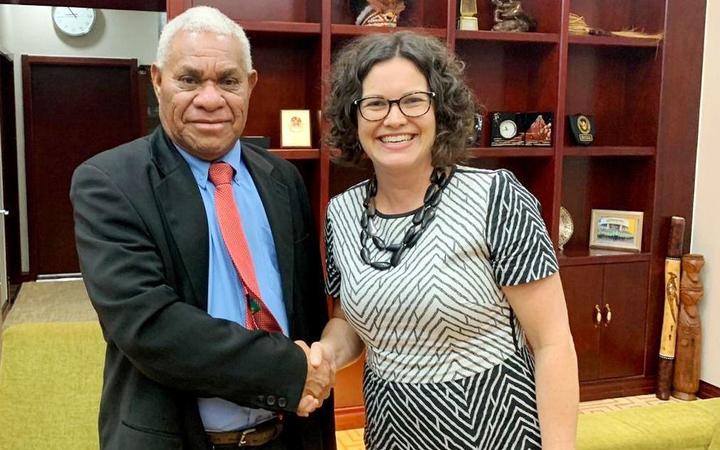 The High Commissioner said Australians had been touched by the response of the government and people of Vanuatu during the recent bush fires in Australia.

While Vanuatu is yet to register a confirmed case of coronavirus, it is feeling the impacts of the shock from Covid-19 on its economy as it also struggles to recover from the devastation of Harold a category 5 storm when it hit the country in early April.

Mr Loughman noted that the pandemic was a regional challenge which all countries were facing, and one which they should all work together in confronting.

He said Vanuatu would be free when Australia and the region were free.

The Daily Post reports that the overall assistance includes around $US9 million (over 1 billion vatu) in assistance to ensure Vanuatu can respond to the economic and health security impacts of Covid-19.

This package of support includes budget support for economic stimulus and essential medical equipment and supplies.

In response to the devastation of Tropical Cyclone Harold, Australia is providing more than $US5 million (600 million vatu) in assistance.

This includes humanitarian relief supplies such as blankets, lanterns, shelter kits and hygiene kits, support for the Government of Vanuatu in areas including health, education and policing and support to international and local NGOs and the Vanuatu Red Cross.

Over 95 tonnes of humanitarian supplies have been flown to Vanuatu on Royal Australian Air Force C-17 flights.

A survey carried out by Vanuatu's Chamber of Commerce and Industries says 81 percent of businesses are about to lay off their staff.

The Daily Post in Vanuatu reports that Mr Loughman has told the nation that his government will allocate a Vt4 billion Stimulus Package to offset the economic impacts of Covid-19.

The newspaper reports that the once crowded streets of Vanuatu's capital city of Port Vila have largely emptied out since restrictions on public movement were introduced in response the pandemic almost two months ago.

It has left only a small trickle of consumers walking through the usually bustling fresh produce market on the waterftront, with vendors - who themselves face restrictions on operations - complaining that they are not making money.

Vanuatu has no confirmed cases of the virus.