The group, which reportedly included an 11-year-old boy, left Majuro Atoll on 21 April for Arno Atoll, about 24 kilometres to the east.

It usually takes less than two hours by speed boat to reach Arno from the capital atoll. 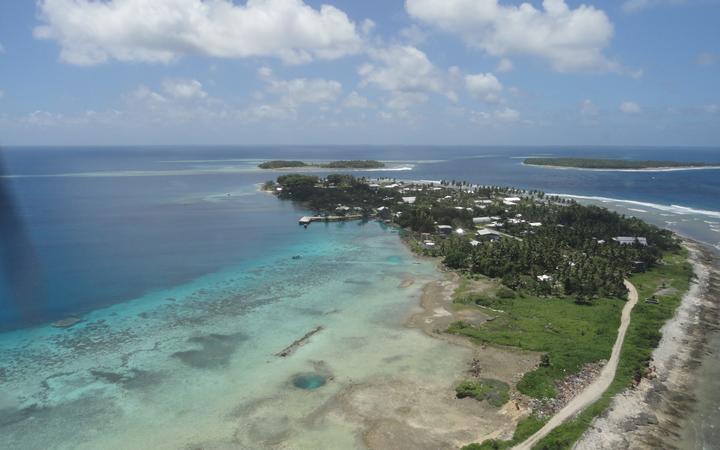 Although the small boat did not show up in Arno the same day that it departed Majuro, authorities were not alerted to the missing boat until more than 48 hours later.

Marshall Islands Sea Patrol, the national airline and others began searching last Friday and continued for several days without success.

Then this Thursday, the boat reportedly drifted into the southern section of Jaluit Atoll, about 241 kilometres southwest of Majuro.

"We have received information from the Jaluit Mayor through his people in Jaluit, that there are five guys found on Jito-En Jaluit," said Timmy Langrine, director of the government's National Disaster Management Organization that coordinated the search.

Little was known about the people on board or what caused them to drift. In early April, three fishermen from Kwajalein Atoll were lost in rough seas after their 15-foot boat developed engine trouble and drifted out of the lagoon into the ocean. Despite an extensive search, there had been no sign of them.

Coincidentally, 14 years ago last week, three Arno fishermen in a small boat were saved by a search and rescue vessel five days after departing Arno for Majuro Atoll. They were also found near Jaluit Atoll.

An indication of how lucky the group of five Marshall Islanders from Arno is after drifting into Jaluit Atoll Thursday was pointed out by Marshall Islands Captain Korent Joel who led the successful search and rescue in 2006.

"We wanted to find them before they passed Jaluit," Captain Joel said at that time in an interview published in the Marshall Islands Journal newspaper.

Once past Jaluit, he said, the next islands in their drift path would likely have been in the Federated States of Micronesia - over 1120 kilometres away.

Timmy Langrine said the aim was to fly the Arno group back to Majuro this weekend for eventual repatriation to Arno.