An inquiry into this month's ferry tragedy in Solomon Islands, which resulted in 27 people dying, is set to begin on Monday.

The management, captain and crew of the MV Taimareho are at the centre of two investigations into a tragic incident at sea during which 27 people died after being swept overboard. Photo: WAC Shipping Community Company Ltd

This week the Solomon Islands Maritime Safety Association submitted its report into the incident for a Board of Marine inquiry.

On 2 April the MV Taimahero embarked on an inter-island crossing despite maritime warnings advising vessels not to take to sea because Cyclone Harold was in the area.

The ferry hit very rough weather and in the early hours of the morning of the third 27 people were swept overboard by the heavy swells.

All perished at sea with only some of the bodies recovered.

The director of the maritime rescue coordination centre, Jonah Mitau, confirmed their report was submitted on Tuesday and a two-week Board of Marine inquiry will begin on 27 April.

Mr Mitau declined to comment on the contents of the report but pointed out that it looked specifically at the maritime safety aspects of the tragedy.

Meanwhile police are preparing to travel to Malaita Province to speak with the survivors of the MV Taimareho ordeal as part of a criminal investigation.

The acting Police Commissioner, Mostyn Mangau, said while good progress was being made he felt it was important for people to understand that determining who was liable for the deaths would take longer than the maritime inquiry.

"Right now we are waiting for finances to be made available so that officers can travel over to Malaita to get statements from people who travelled on the boat," Mr Mangau said.

The government was preparing to send a team of professional counsellors to help the provincial government and local churches who were supporting victims' families.

This was part of a pledge made by the prime minister Manasseh Sogavare in a national address last week.

"The Government is committed to provide humanitarian assistance to families of the victims and to meet cultural obligations and proper burials for those who lost their lives," Mr Sogavare said.

Shortly after the tragic incident occurred the MP for West Are Are, John Maneniaru, criticised local search and rescue capabilities saying people could have been saved if they were better resourced and prepared.

But his comments backfired with hundreds of locals on social media questioning why the ferry was allowed to leave port in the first place given other shipping companies had cancelled their trips in accordance with maritime safety warnings at the time. 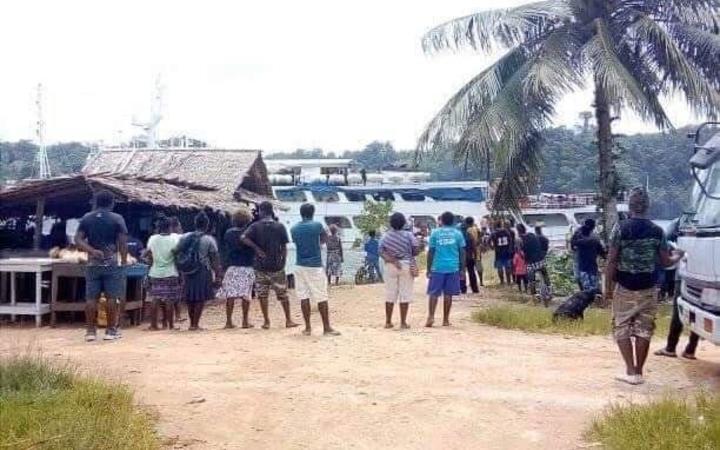