Fiji's government has welcomed moves by villagers to implement their own lockdown measures within their communities due to the Covid-19 threat.

Since the first coronavirus case was confirmed on 19 March, some village heads had imposed restrictions to monitor movement within their districts.

Minister for National Security Inia Seruiratu said with 16 cases now recorded in Fiji, initiatives such as those were being praised.

"For us this is good. We are happy that they have taken such initiatives," he said.

" Those in our rural communities, we still visit them. We have formed teams that carry out risk communication and awareness, and we are thankful that they (villagers) allow government officials to come and present the relevant information to them as well.

"Such initiatives are welcomed by the government," said Mr Seruiratu.

The minister said village and district heads were permitted to impose restrictions within their boundaries.

He said the government was doing all it could to tackle Covid-19 and support from the people was needed.

But he said for special occasions such as funerals, village leaders would need to liaise with the ministry of health and police.

Social gatherings were banned and a nationwide curfew from 8pm to 5am remained in force.

Meanwhile Mr Seruiratu said the increasing number of arrests made during the curfew was a concern.

He said while the majority of people were adhering to the government measures, there were still people flouting the rules.

More than 1000 people had been arrested by police since the curfew was imposed on 30 March.

Mr Seruiratu said police would continue to arrest and charge those breaking the law.

He urged the public to adhere to the advice issued by the authorities. 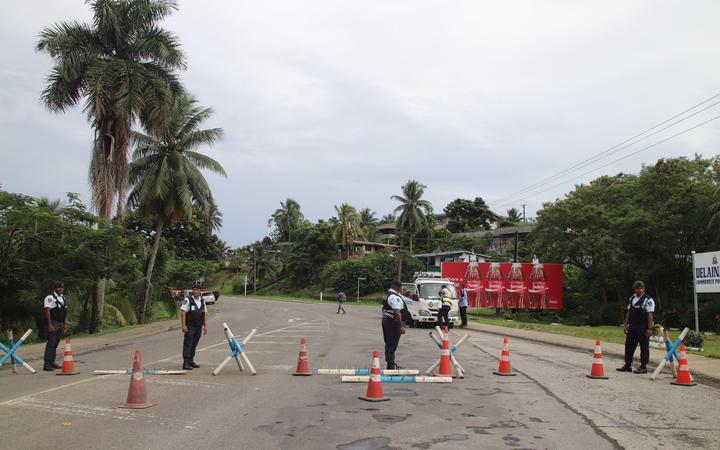 Fiji police have been running checkpoints around Suva as part of lockdown measures there Photo: Fiji police