The World Bank has committed $US20m to Papua New Guinea in health assistance for the country's Covid-19 response.

The assistance should ease pressure on a government facing protests from health workers in some provinces about a lack of resourcing, protective equipment and training to cope with the pandemic. 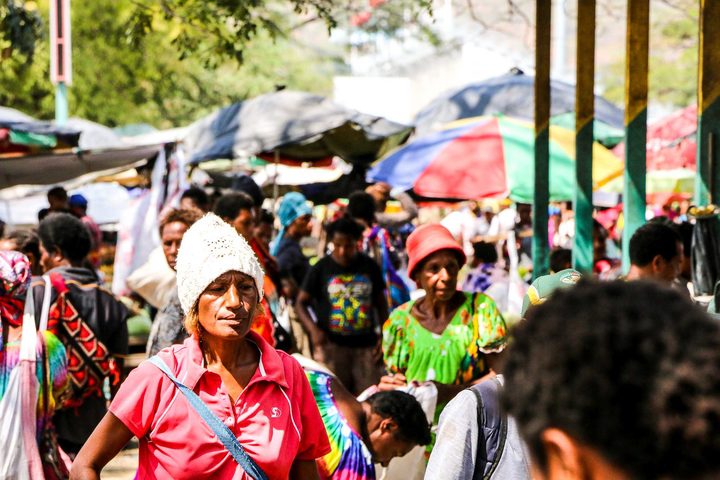 With a population over 8 million, PNG's health system has struggled to provide medical care in many parts of the country. Photo: RNZ / Koroi Hawkins

Now at least some of them would be in line for masks, goggles, gloves and gowns;

PNG would also get much needed supplies for infection prevention such as isolation units, incinerators for waste disposal; critical intensive care equipment including ventilators and oxygen flow regulators.

PNG's Prime Minister James Marape said the emergency project would be of vital help at a time when all countries were facing an unprecedented crisis which required multi-lateral efforts.

"This assistance will not only ensure we are able to better protect our frontline health workers but will also enable us to improve our testing capacity and build on public awareness and education, which are central to our country's fight against the coronavirus."

The project's extensive nationwide public education and community engagement campaign, was to be delivered across television, radio, social media and SMS blasts, aimed at reducing the spread of coronavirus.

The overall project would be implemented in close coordination with the World Health Organisation.

A release from the World Bank said the new commitment was part of a wider package of World Bank support to address from of PNG's most pressing health challenges.

"The $US15 million Emergency Tuberculosis (TB) Project is now in its third year, and alongside partners including the Australian Government and WHO, has already had a significant impact," the release said.

"Improvements in testing and training financed through the Covid-19 Emergency Project will also make a lasting contribution to addressing other infectious diseases like TB."

The World Bank said it would announce Covid-19 response projects for other Pacific countries in the coming weeks.