The appeal in the 10th Circuit US Court of Appeals in the Fitisemanu case joins one by the State Department in a bid to overturn a December Utah District court ruling. 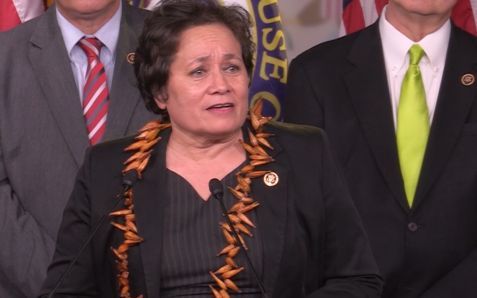 Last December, a US federal judge ordered the government to grant birthright citizenship to individuals born in America Samoa.

Congresswoman Radewagen said she is "committed to the preservation of Fa'a Samoa" even as she works toward a simplified path to an individual citizenship choice for those who desire it.

The Congresswoman and Governor Lolo's brief states that American Samoa is "unique among all US territories," pointing out that its tribal leaders more than a century ago "ceded sovereignty to the United States."

It has "never been conquered," they state, but became a "predominantly self-governing territory."

Still, Aumua Amata and the Governor argue, the plaintiffs urge the court to "forcibly extend US citizenship to "all persons born in American Samoa, whether they like it or not."

They argue, "this is untenable…and violates every legal principle of self-determination, sovereignty and autonomy."

The Governor and Congresswoman point out that the D.C. Circuit Court in the Leneuoti Tuaua case said there's "absence of evidence that a majority of the territory's inhabitants desire US citizenship" and imposing it by "judicial fiat" would override the democratic rights of the American Samoan people.