Reports of casualties are coming in after Tropical Cyclone Harold tore through the northern islands of Vanuatu. 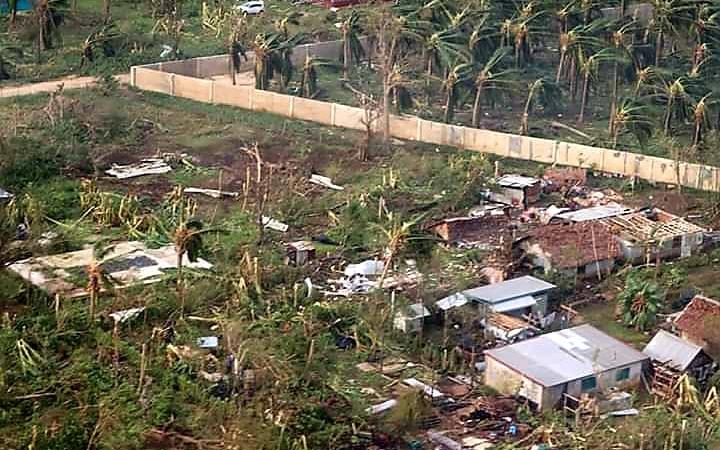 Communications to the islands were knocked out when the powerful storm hit on Monday and the scale of damage is only now becoming clear.

Cyclone Harold went on to cause significant damage in Fiji and has entered Tonga's waters today.

New Zealander Glen Craig, managing partner of the Pacific Business Resilience Council, chartered a Cessna, then a boat and was among the first people to make contact with some of the worst hit-islands.

He told RNZ destruction was widespread.

Craig said the cyclone had badly affected seven of the 83 islands in Vanuatu, including Malo and Aore.

"Those islands are just barren ... Almost every house has been flattened."

"In some places, in some some areas, it's 100 percent loss of houses.

"Power lines are obviously down. Communications have slowly just started being restored."

With communications coming back on, fatalities have been reported but it wasn't yet known how many, he said.

"Obviously we've got the implications of COVID-19 and border security. So there's a lot that we have to deal with in the coming weeks and months."

Shelter and water were the first priorities, he said.

"Food isn't going to be so much of an issue because we had a bit of warning we had three or four days warning, we were able to harvest root crops and we were able to store them in some buildings that survived.

"Water will be an issue - we'll have contaminated wells with the sea surges that we've experienced."

There would have to be a rapid assessment of health and sanitation needs, he said.