The Controller of the country's State of Emergency, Police Commissioner David Manning, says everyone recently in contact with the 40 year old female will be isolated and tested. 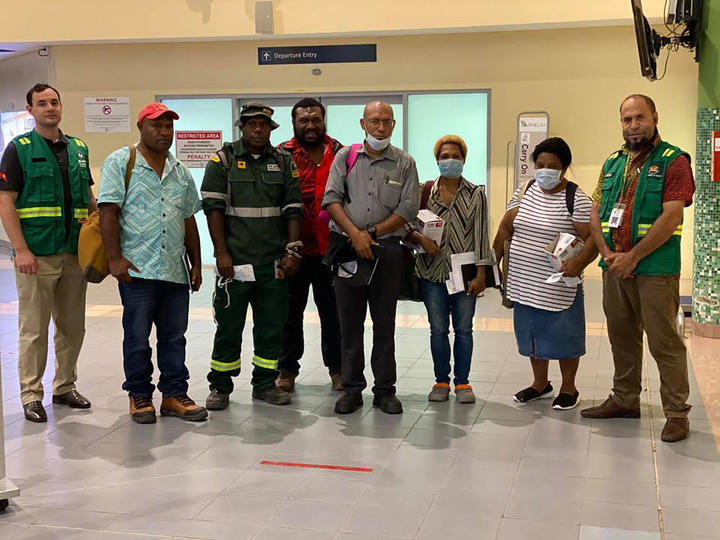 A team with personnel from Papua New Guinea's Department of Health and other agencies, with support from the WHO and UNICEF, flew to East New Britain, 7 April 2020, following confirmation of a covid--19 case in Kokopo. Photo: St John's Ambulance PNG

A team of medical workers with the World Health Organisation and UNICEF also flew in to work on contact tracing.

Extra emergency measures have been issued: a lockdown of East New Britain's land and sea borders for three weeks from yesterday.

There were also restrictions on commercial flights, as well as shipping, in and out of East New Britain, with exceptions for cargo and health personnel.

Provincial authorities have sectioned off access to Kokopo district where the confirmed case lives. She was reportedly in isolation and had recovered.