An Air Tahiti Nui airliner has returned to Papeete with 130 cubic metres of medical supplies procured in China to combat the Covid-19 outbreak. 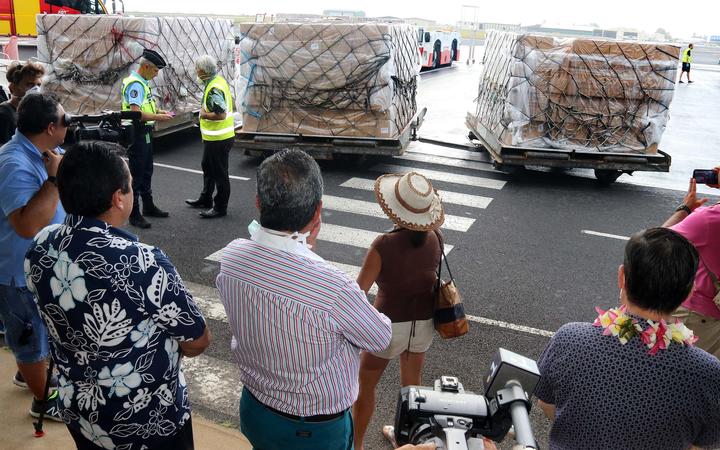 Supplies are brought off the flight from China Photo: Office of the President

The plane landed four days later than scheduled because administrative changes made by the Chinese authorities force the airliner to wait in Japan for its flight to Shanghai.

The president Edouard Fritch said half of the masks and other materials were still in Shanghai because they couldn't be cleared for export in time.

He said new customs rules forced dozens of cargo planes from major countries to fly out of China without being able to uplift equipment and materials needed to fight the epidemic.

Mr Fritch thanked, among others, the head of the Chinese company Tahiti Nui Ocean Foods which planned to set up the biggest fish farm in the South Pacific at Hao atoll.

He said without the involvement of Wang Chen it would not have been possible to obtain the shipment. 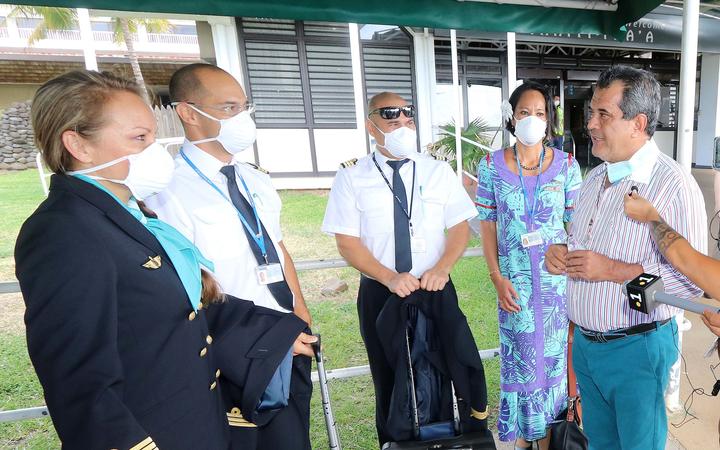 French Polynesia decided last month to source medical supplies directly from China after problems with getting deliveries from France.

In January, French Polynesia decided to stop issuing work and residence permits to Chinese citizens and, as the virus spread from Wuhan, the government asked residents to defer travel to Asia.

The first positive Covid-19 test in French Polynesia was made four weeks ago after a local politician returned ill from a work trip to Paris.