A tropical cyclone has formed in the Coral Sea, southwest of Honiara, according to the Australian Bureau of Meteorology 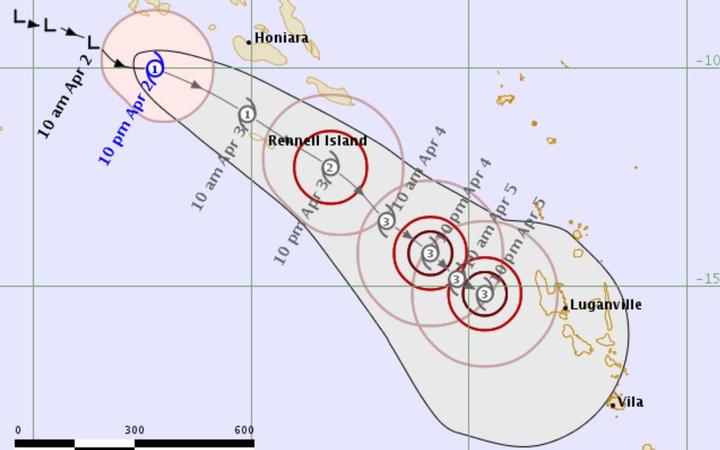 The weather office said the cyclone is moving east southeast at 14km/ph and is expected to intensify to category 2 strength as it approaches Solomon Islands on Friday.

It said longer term the system is expected to continue moving towards the southeast and may affect Vanuatu late in the weekend or early next week as a severe tropical cyclone.