One of the founding members of Pacific Underground a New Zealand performing arts collective has been acknowledged by the Adam New Zealand Play Awards 2020.

Pacific Underground formed in Christchurch back in 1993 with the goal of telling the stories of Polynesians living in New Zealand. Now known as the country's longest running Pacific performing arts organisation, the collective have spent over two decades giving a voice to Pasifika communities through music, arts and drama.

Tanya Muagututi'a has won Best Play by Pasifika Playwright for her script called Scholars, which took one year to write and around ten years in researching. 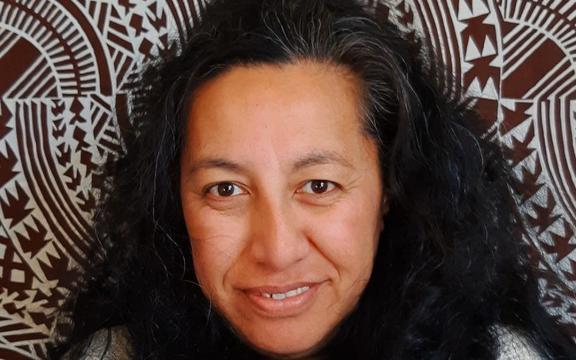 Ms Muagututi'a said Scholars was inspired by her father Muagututi'a Pulusila Meafou Sagapolutele who was a scholarship student from Samoa who came to New Zealand in the early 1950s.

"My dad was 11 years-old when he came to New Zealand, but there was a group of them and they did have a chaperone."

"He went to prep school first in Wanganui before attending Wanganui Collegiate School, which was regarded as one of the top schools in the country. That was a massive step for my dad."

"The story is a comedy-drama about a Samoan teenager and Māori teenager who meet as scholarship students in New Zealand."

Muagututi'a said this story is doing its part in the creative industry of getting Pacific narratives out there to raise awareness of their place in New Zealand.

"Being part of Pacific Underground, we are always encouraging aspiring artists to get our stories out there, so that New Zealanders can learn more about us to therefore understand us." 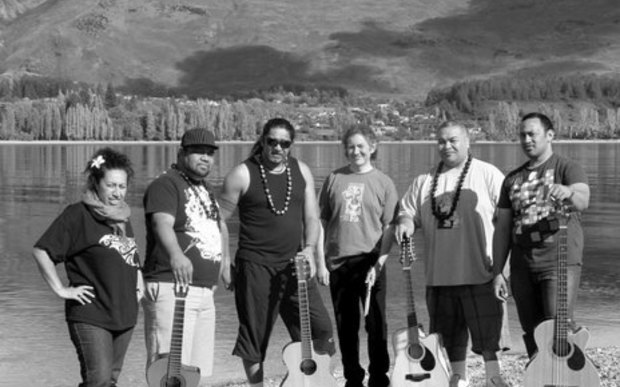 "Scholars is just another one of our stories of Pacific people in New Zealand. There are some stories about scholarship students from the islands, but it is still a narrative that is not told often."

This is Tanya Muagututi'a's first time entering her script for the Adams NZ Awards let alone winning a category.

"I was surprised when I heard the news because I completely forgot the announcement was coming."

"Because of the lockdown, the announcement was done online. Otherwise it would have been a ceremony in Wellington.

Playmarket, who support NZ playwrights, did inform me of when and where it will be announced, but I was so caught up in everything happening at home that it slipped my mind."

"A friend of mine messaged me saying, Congratulations! And that's when I realised, oh! I better jump online to watch the announcement. I was honoured." 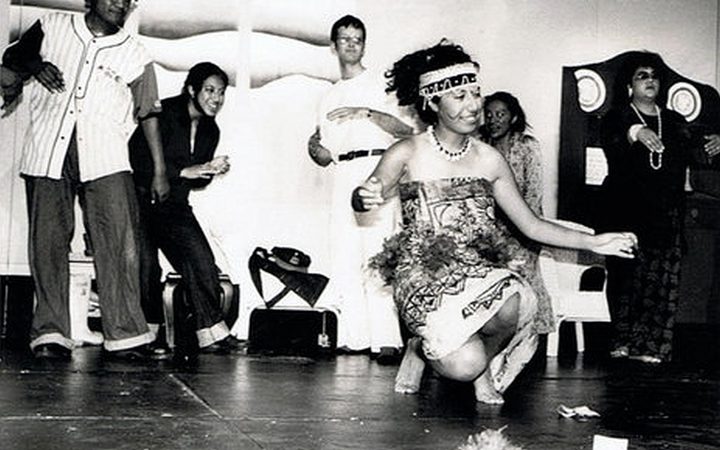 Celebrations after the closing night of Fresh Off The Boat. Photo: Pacific Underground via AudioCulture.

Muagututi'a said ultimately every playwright's goal is for their script to end up on stage, but due to the lockdown, when Scholars will in theatre is unknown.

"All theatre performances around the World have been affected by Covid-19, so unfortunately no one will be seeing any theatre shows anytime soon, which means my work has stopped momentarily."

The Adam NZ Play Award, now in its thirteenth year, is the only one of its kind for new writing.

Playmarket's only entrance requirements are that the playwright be a New Zealand citizen or permanent resident and that the play has not yet had a professional production. The award is generously funded by the Adam Foundation.

Muagututi'a has received $1,000 in prize money.