There has been a run on some supermarkets in French Polynesia after this morning's order that from midnight people have to stay at home for 15 days to slow the spread of COVID-19.

It was also announced the number of confirmed coronavirus infections had risen to 15. 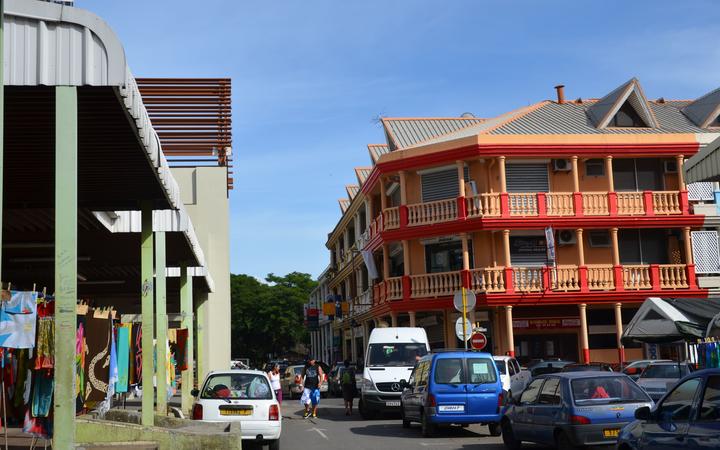 A street in Papeete Photo: RNZI

Local media reported access to some shops in Tahiti had to be limited for safety reasons and to avoid congestion inside the premises.

The run on supermarkets as well as some service stations came despite assurances by the authorities that there were no supply problems.

Retial shops have to be closed from tomorrow.

All events, including church services, are cancelled and parks are shut, but supermarkets, pharmacies, bakeries and service stations remain open.

Banking services as well as ATMs will continue to be available during the emergency.

The courts will also close except for urgent formal judicial matters.

Anyone found in public in the next 15 days has to have an attestation confirming the reason for being out and about.

The second round of the municipal election has also been cancelled although earlier this week the president asked the French government for an exemption in order to proceed with the polls.

Interisland travel had already been restricted and from Sunday night domestic flights will be suspended.

International flights have been reduced, with Air Tahiti Nui providing the sole link to Paris.

Meanwhile education authorities said they would investigate 36 teachers who wanted to take a holiday in Hawaii after the schools had been closed this week.

A cruise ship expected to be given permission to dock in Papeete had now been ordered to stay offshore.

Unable to dock anywhere, the Soleal was initially permitted to offload its passengers for onward travel by plane but the authorities now say the ship had to fulfill quarantine conditions and could not dock until 24 March.