The flight crew and 124 passengers on a regularly scheduled United Airlines Boeing-737 flight were not allowed off the tarmac in the vicinity of the plane after it experienced problems in Majuro forcing it to cancel the final leg of its service to Honolulu Wednesday night.

The United Island Hopper flight Wednesday that originated in Guam was to continue to Honolulu after its scheduled stop in Majuro but was grounded for unspecified reasons.

The plane, passengers and crew stayed inside the plane or outside in the immediate vicinity of the plane for over 10 hours, waiting for a rescue flight scheduled to arrive at 8am Thursday morning. 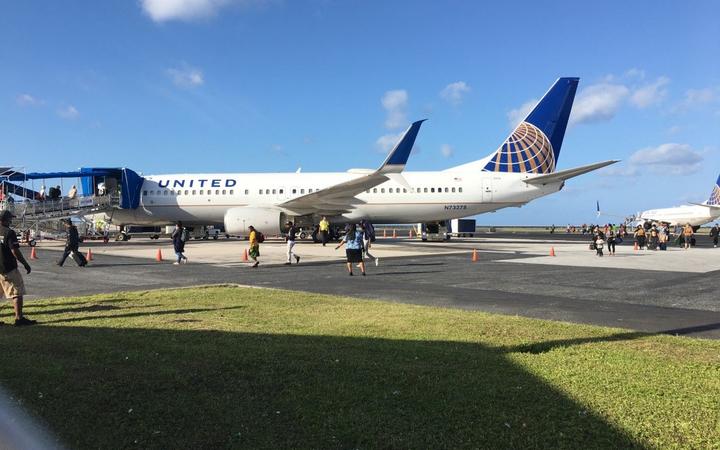 Health and airport authorities enforced the ban on incoming travelers due to the coronavirus Covid-19, refusing to allow the passengers and crew into the terminal or beyond.

Passengers and crew were allowed to deplane but were required to remain in the vicinity of the plane from its arrival after 7pm Wednesday night until the expected arrival of a rescue flight Thursday morning, according to Health Secretary Jack Niedenthal. "They can't come off," he said.

The incident occurred the day after the Marshall Islands extended a total ban on entry of travelers by air through April 5.

Earlier this week, United Airlines agreed to temporarily suspend its long-standing policy of having Guam and Hawaii-based flight crews overnight in Majuro as the threat of Covid-19 spread intensifies globally.

Both Guam and Hawai'i continue to confirm more cases of Covid-19.

To date there have been no confirmed cases in the Marshall Islands, although there is one "person under investigation" who is currently in quarantine at the US Army base at Kwajalein awaiting results of off-island laboratory tests.

There were 72 Honolulu-bound passengers on the United flight from Guam, Chuuk, Pohnpei and Kwajalein that was grounded Wednesday.

After the 52 out-bound passengers from Majuro were boarded with the other passengers when it appeared the flight would depart, they were also quarantined in and around the plane once the airline cancelled the last leg of service.

In enforcing the ban on inbound travelers, Marshall Islands authorities refused to allow the passengers away from the plane. Prior to the coronavirus travel bans, if a plane experienced problems, passengers and crew were routinely billeted in local hotels until a rescue flight arrived. 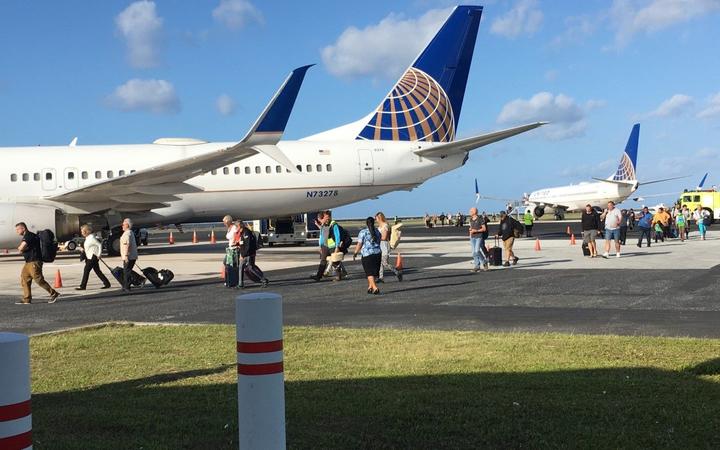 Passengers and crew making their way to a rescue plane. Photo: Giff Johnson

Since March 8, the Marshall Islands has implemented a total ban on incoming passengers traveling by air among a range of actions, including quarantine periods on container ships and bans on arrival of fishing vessels, yachts and cruise ships, to prevent the importation of Covid-19 to the Marshall Islands.

The air travel ban is now effective through April 5.

On Wednesday, a few hours prior to the grounding of its flight in Majuro, United announced it is cutting back its Island Hopper service from four roundtrips weekly to one beginning Monday next week.

"The spread of the coronavirus continues to have a significant impact on the airline industry," said United in a statement Wednesday announcing the 75 percent reduction in Island Hopper flights as well as Guam-related service to Palau, Yap and Japan.

The four weekly roundtrip United Airlines Island Hopper flights that link the Marshall Islands and Micronesia with Guam and Honolulu have seen a dramatic decline in passengers since mid-February.

The Island Hopper - linking Chuuk, Pohnpei, Kosrae, Kwajalein and Majuro with Guam and Honolulu - will operate only on a Monday-Tuesday schedule beginning next week through May 3. 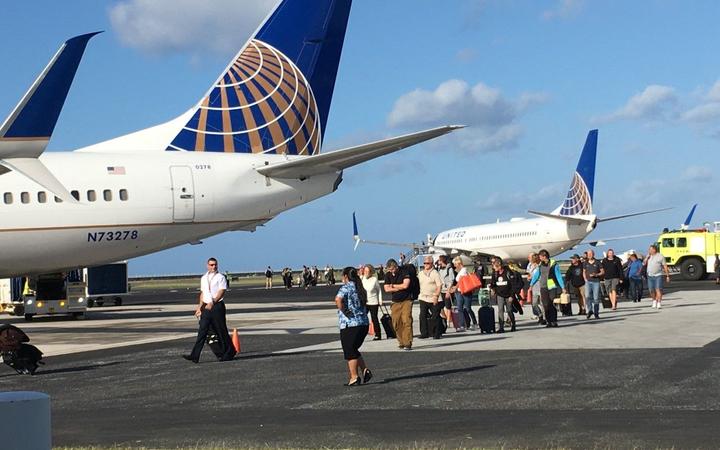