AS Magenta and Solomon Warriors are through to the knockout stages of the OFC Champions League football competition after the Group C hosts beat AS Tiare Tahiti 3-2 in in Noumea last night.

The Tahitians opened the scoring the 21st minute at Stade Numa Daly, when substitute Manarii Porlier latched onto the end of a low cross to poke the ball into the net minutes after coming onto the field as an injury replacement. 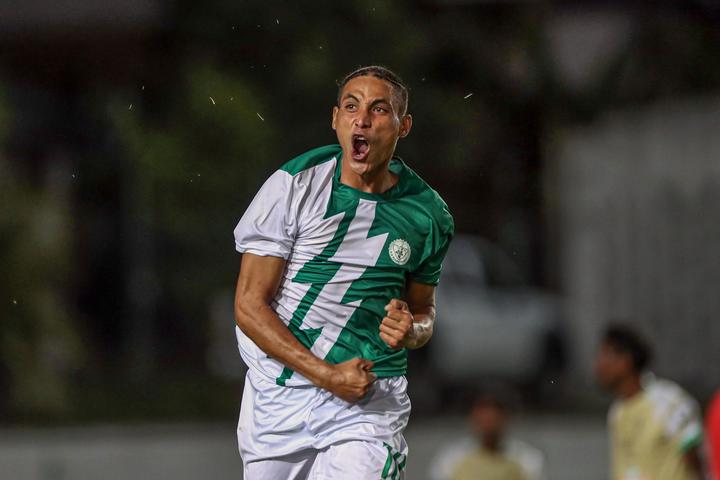 Two goals from Manarii Porlier was not enough for AS Tiare Tahiti. Photo: OFC Media via Phototek

The visitors could and should have extended their lead on multiple occasions as they continued to find acres of space out wide behind the Magenta defence, but a series of crucial saves from goalkeeper Steeve Ixoee rescued last season's beating grand finalists.

Having survived the onslaught, Magenta levelled proceedings deep into first half stoppage time as Kevin Nemia latched onto the end of a long through ball and smashed it into the top corner of the net after capitalising on some hesitant defending before an own goal gifted them the lead six minutes into the second spell.

Both sides hit the woodwork before Tiare skipper Tevaihau Tehuritaua squandered another chance to level the scores after blasting his penalty attempt over the crossbar. 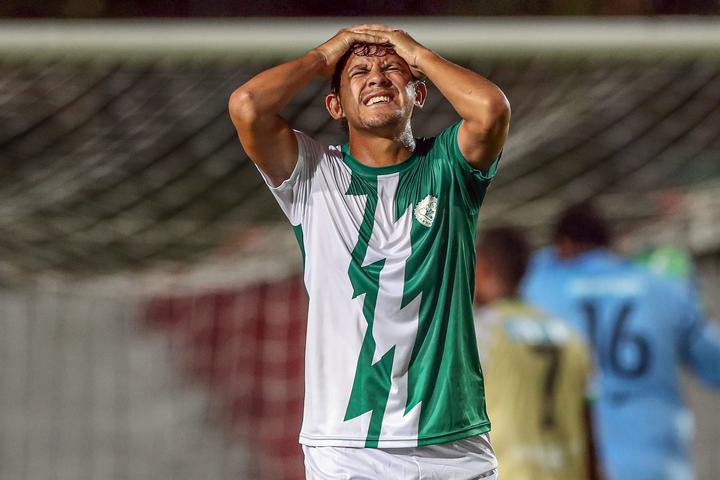 A well struck drive from Manarii Porlier levelled the scores at 2-2 before Nemia headed home a dramatic winner from close range with only two minutes on the clock to secure all three points, as Tiare Tahiti keeper Michel Manea fumbled the ball into the goal.

"It was a difficult game for us, mainly because we are still in our off-season and I think if we were in better condition we could have made this win a bit easier. I'm proud of the boys, they showed a lot of character to grind out the win when it mattered." 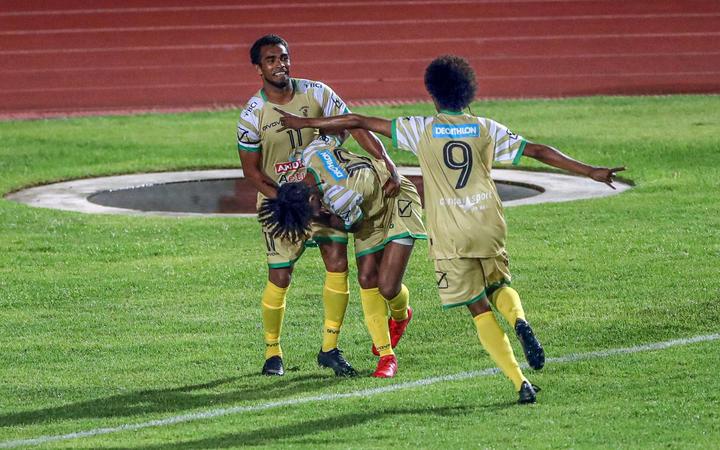 Kevin Nemia (11) struck twice for AS Magenta, including the winning goal. Photo: OFC Media via Phototek

AS Tiare Tahiti coach Vatea Terai lamented his side's failure to capitalise on a series of goal-scoring opportunities, which consigned the Champions League debutants to group stage exit.

"We came so close and we put up a good fight, our game plan almost worked," he said.

"We had plenty of chances to score and we gifted Magenta with some goals but being part of the Champions League for the first time in the club's history has been a great experience for my player and the staff and we will do our best to come back next year."

Solomon Warriors are also assured of a place in the quarter finals after being awarded a 3-0 victory over Tupapa Maraerenga, who withdrew from the tournament at the weekend.

Magenta and Solomon Warriors will face off in Saturday's final round to determine who will finish first in Group C, with the New Caledonian side only needing a draw to retain top spot and secure a home quarter final.