Organisers of the Oceania Cup rugby league competition are pressing on despite renewed uncertainty over Tonga's international status. 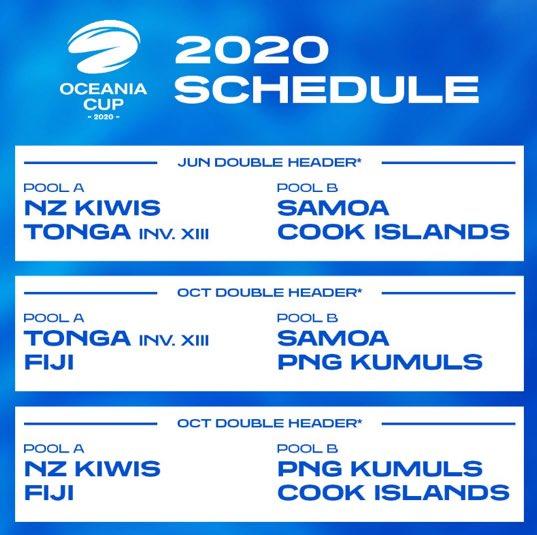 The schedule for the 2020 tournament was released on Wednesday with a Tongan Invitational XIII slated to play New Zealand in June and the Fiji Bati in October in Group A.

Samoa, Papua New Guinea and Cook Islands will also go head-to-head in the Oceania Shield (Group B) as part of three international triple-headers.

Deputy Chair of the Asia Pacific Rugby League Confederation Greg Peters insisted Tonga's expulsion by the governing body was a separate matter and would not affect the Oceania Cup.

"In terms of what we're looking at for our test matches in the middle of the year and later in the year, we will have the top players playing as we did last year in New Zealand," he said.

Peters, who is also CEO of New Zealand Rugby League, said they want to build on from the success of last year's Oceania Cup and continue the growth of the game in the Pacific Islands.

"We want to grow the proposition to the same extent and excitement around the Tongan games we'd like to see around all our Pacific games and really showcase what's so great about rugby league when it's played in front of a packed stadium with really passionate fans."

Tonga was beaten 34-14 by the Kiwis in the opening round of the inaugural Oceania Cup in June but players threatened to boycott the World Cup 9s and end of season tests against Great Britain and Australia after the TNRL sacked head coach Kristian Woolf over disagreements around control and finances.

The players eventually ran out for an invitational side, coached by Woolf, after TNRL was suspended by the IRL and claimed historic wins against Great Britain and world champions Australia in back to back weekends.

The same set-up has been proposed for 2020 by the Asia Pacific Rugby League Confederation, which still lists Tonga as a member on its website.

But the tournament organisers could be forced to pivot once again if Tonga NRL's appeal is successful. 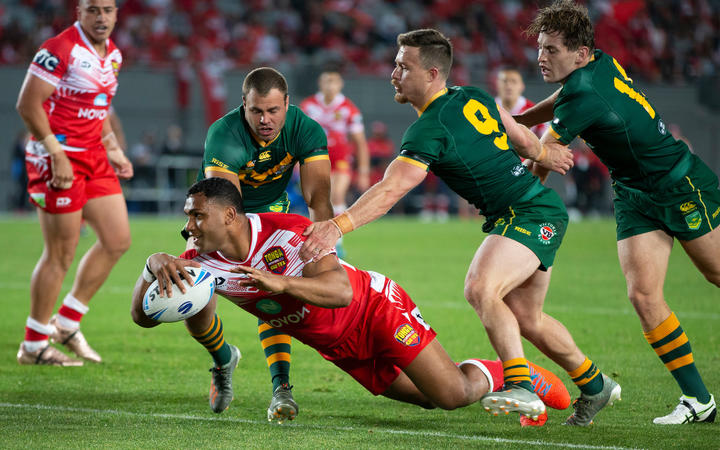 Five Pacific teams will compete in the returning Oceania Cup with Cook Islands taking the place of the 2019 winners Australia, with the world champion Kangaroos heading to England for a three-test series.

"Bringing the Cooks in is an exciting development and just again showcases the growth of Pacific Island rugby league in recent times, " Greg Peters said.

Chair of the Asia Pacific Rugby League Confederation, PNG Rugby League Chair Sandis Tsaka, said the Oceania Cup will be a fantastic tournament that will capture the imagination of fans across the Pacific.

"It is particularly satisfying to be able to give the Pacific nations competitive matches after their key role in the revitalisation of International Rugby League in recent years," he said.

The first mid-season double header in June will see the Kiwis face the Tonga Invitational XIII and Toa Samoa versus the Cook Islands.

The remaining double headers will be played in October, at the conclusion of the NRL season, with Tonga playing the Fiji Bati and Samoa looking to continue their dominance over Papua New Guinea.

The dates and locations of the three Oceania Cup double headers will be announced in the coming weeks.

This year will also see the Pacific Test, which was played in Sydney in recent years, incorporated into the Oceania Cup to ensure a consistent tournament structure for the Pacific. 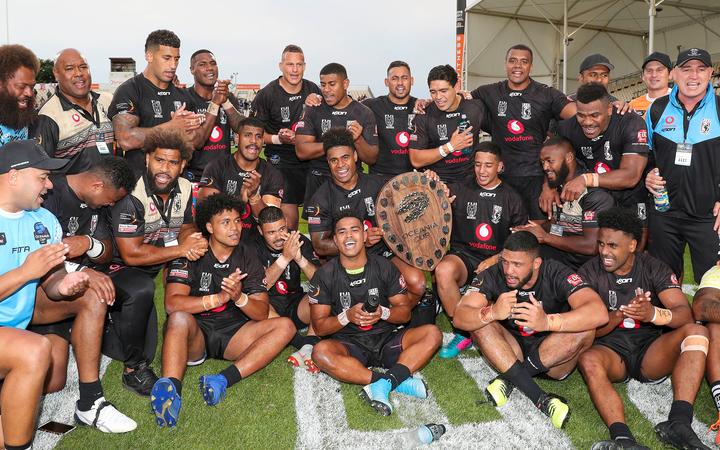 The Fiji Bati are part of the Oceania Cup after winning the shield last year Photo: PHOTOSPORT