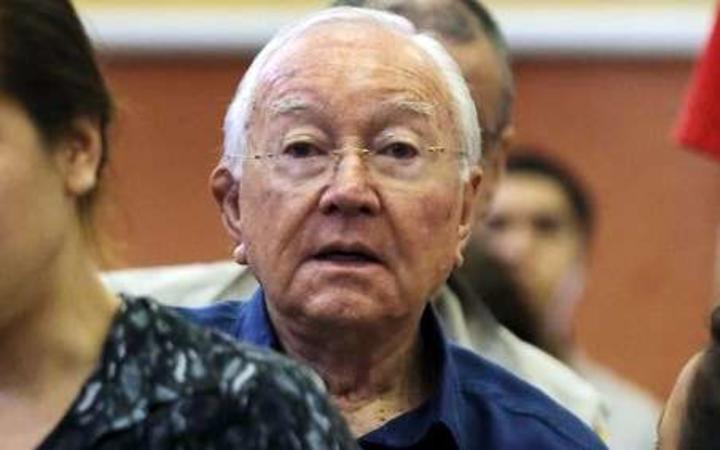 Veteran French Polynesian politician Gaston Flosse will not be able to run in next month's municipal elections after he failed to register as a voter.

It comes after France's highest court agreed with a local court decision that Flosse did not meet the residency requirements to enrol in Papeete.

The court agreed that the 15-square-metre room Flosse rents with his partner at his Tahoeraa Huiraatira party's headquarters does not qualify as his permanent residence.

It also said he had not lived at the party's headquarters for six months when he made his enrolment bid.

Flosse was hoping to use the municipal elections to stage a political comeback, after he was barred from public office for five years because of corruption convictions.

He had said he wanted to stand in Papeete because he was done with Pirae, where he had been mayor for 35 years until 2000.

Some of his supporters have meanwhile launched a complaint against the Papeete mayor Michel Buillard, alleging he lives in Pirae and should therefore be struck off.

Last June, Flosse and the current mayor of Pirae and president of French Polynesia Edouard Fritch were convicted and fined for prolonged abuse of public funds.

Their appeal is pending, which allowed Flosse to consider his political comeback.

In recent years Gaston Flosse fell out with both Mr Fritch and Mr Buillard who now belong to the newly formed Tapura Huiraatira party.

Three years ago, the three were among more than 20 people ordered by the courts to repay collectively over a million dollars misspent on behalf of the Tahoeraa by running phantom jobs.