Niue could bear the brunt of the latest cyclone to develop in the Pacific. 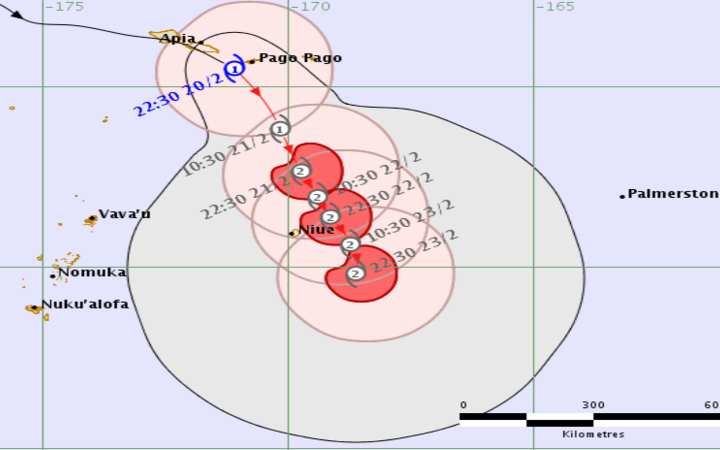 Cyclone Vicky formed from one several tropical disturbances that have been lashing the Samoas over the past week.

It was declared a category one cyclone earlier today and is expected to become a catergory two overnight and possibly a category three later in the weekend.

Vicky is forecast to pass near Niue's north coast on Saturday night.

Niue is being warned to expect momentary gusts up to 120 kilometres per hour and rain that will be heavy at times with a few thunderstorms.

Mariners should be ready for damaging gale force winds of up to 65 knots with rough to very rough seas.

Meanwhile, the Samoas are bracing for more stormy weather with another system developing near Tuvalu.

There is a possibility this storm could also become a tropical cyclone.

After rapid intensification since yesterday, depression 09F has been named Tropical Cyclone Vicky by @FJMETservice. The TC is located just south of the Samoan Islands and is forecast to approach Niue over the weekend. Vicky is the 5th named TC of South Pacific season. pic.twitter.com/tXjPnVxERa