Cooperation between the US and like-minded nations in the Pacific is becoming increasingly important as "different mindsets" permeate the region, says the Commandant of the US Coast Guard.

Admiral Karl Schultz has led the Coast Guard since June 2018 and oversees global operations for 41,000 active-duty, 6200 reserve, and 8500 civilian personnel. 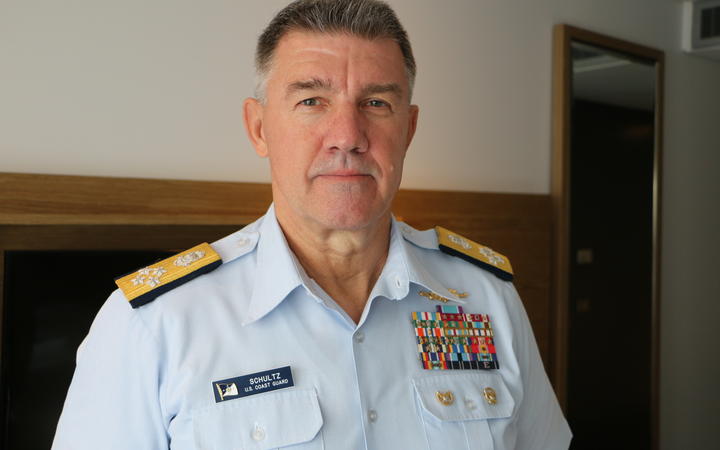 The admiral made his first visit to the region last week and said the trip was a sign of his country's increasing commitment to the Pacific.

Admiral Schultz said he was interested in working more closely with Australia and New Zealand in the region - reiterating an earlier comment that the US was "doubling-down" its presence in the Oceania/Pacific.

The admiral said the region was strategically important and as "different mindsets" permeated the area, cooperation became pivotal.

"Think about the threats. You think about the environmental threats, climate threats, transnational criminals and because it is such a vast area I think how we work together, those like-minded partners, becomes everything," he said.

"If two or three of us are going to the same place and then there's some redundancy and there's other Pacific island countries that do not have any touch points, there is probably a smarter way to do that."

Admiral Schultz said it was also important to work with Pacific island nations in a manner which didn't infringe on their sovereignty.

"Each sovereign nation gets to do business on their terms but we want to show that the Coast Guard brings a really good human to human partnership capability here." 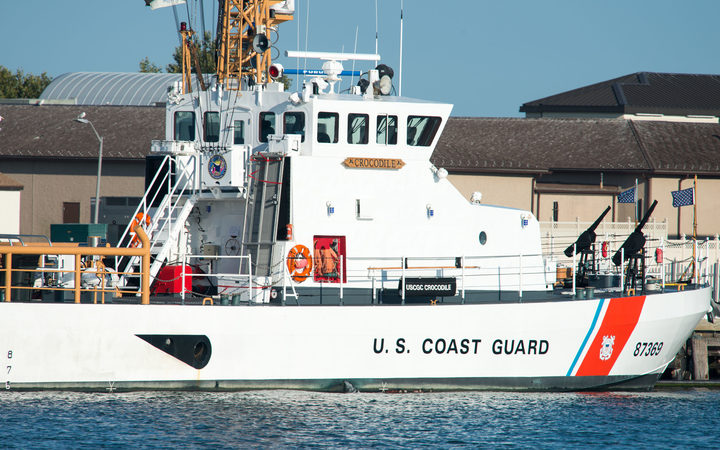 The Coast Guard has 11 bilateral and Shiprider Agreements allowing them to partner with local authorities in dealing with illegal activities and there are a number of training operations in the region which the admiral stressed are done by "invitation-only" when interacting with non-US territories.

Admiral Schultz said another key area they offered assistance in was fighting the movement of drugs through the Pacific.

"We have very active role taking illicit drugs off the waterways that are destined for American shores.

"There are some of those some transnational threats to a different degree, or lesser degree here in the region and I know many of this sovereign island nations are very concerned about that. When you look at small communities, you look at things like human smuggling, transnational crime whether it's drugs or other commodities.

"You look at illegal, unregulated, unreported fishing. If you are an island-based nation, I suspect probably more than 50 percent of your Gross Domestic Product comes from the ocean and protecting your own Exclusive Economic Zone is pretty important."

Admiral Schultz said the high value of illegal drugs had made the Pacific an attractive market for criminals.

He pointed to cocaine selling in the US for around $US25,000 a kilogramme and how that value increased 10-fold when it hit the streets in New Zealand.

"The pathway to deliver drugs to America is sort of very established but this is an emerging market so I think it is very important that the regional partners, like-minded partners, do think about this transnational criminal threat."

Billions of dollars worth of drugs had been halted by the Coast Guard in recent years with a shipment of more than 2000kg of cocaine recently intercepted in the region.

Admiral Schultz was proud of what the Coast Guard had achieved but also its history of more than 150 years of service in the Pacific.

The relationship with the region continued to evolve with the commandant indicating the month-long 'Operation Aiga' that took place in American Samoa in 2019 could be extended to up to 60 days this year.

A 154-foot fast response Cutter will also be based in Guam later this year with the capacity to carry up to 24 sailors and to travel nearly 5000km.

Another similar vessel will be positioned on the island in each of the next two years. 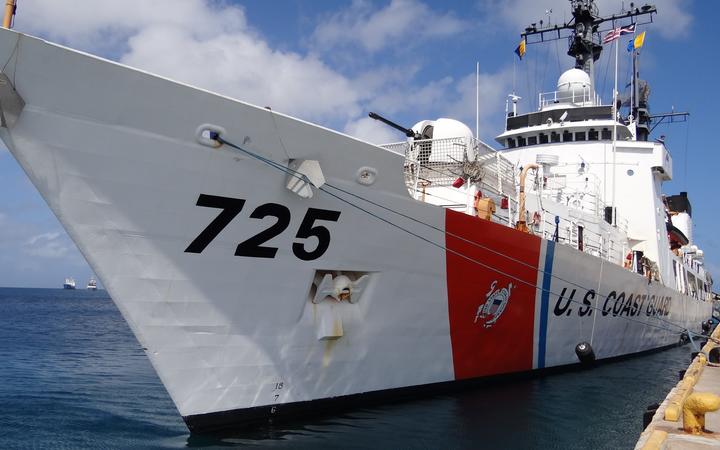 A US Coast Guard cutter on a visit to Majuro. Photo: Giff Johnson