The Secretary of Tonga's Rugby National League (TNRL) says the association will appeal their expulsion by the sport's governing body. 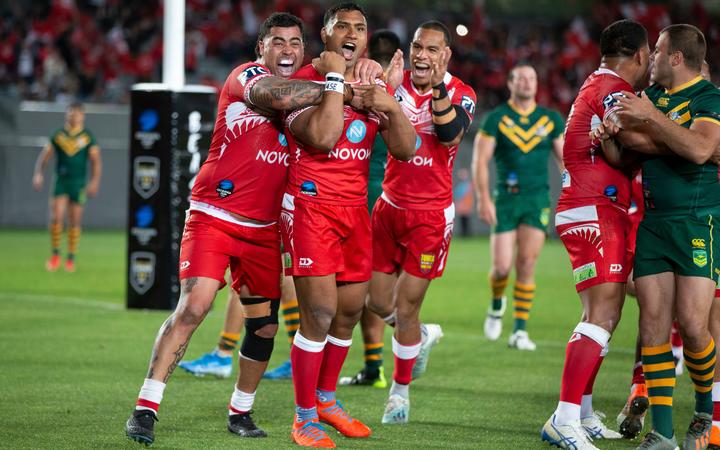 Tonga had an historic year in 2019, defeating both Great Britain and Australia Photo: Photosport Ltd 2019

The International Rugby League (IRL) expulsion is the latest move in a long-running battle over governance and money.

The TNRL had been suspended since October, after it sacked coach Kristian Woolf over disagreements around control and finances, which led players to threaten a boycott.

The IRL recommended a package of reforms in December at the end of a two-month investigation into the operation and governance of the game in the country.

Thirty days of consultation ended and the IRL confirmed the expulsion on Monday night.

TNRL Secretary William Edwards said he was shocked by the actions of the IRL.

"[I'm] very surprised, disbelief, a bit of anger and resentment but having said that, as professionals we just have to get on with our job and do our job and the next step for us is to file a notice of appeal in a seven day period to undertake that process and I think it will become more evident what the basis of our appeal will be."

Edwards said a reform package proposing a change to the governance structure of TNRL was perplexing.

"I still don't understand what's the basis of law that a governing body can turn around and impose a reform or structure change in any national federation's governance or constitution or laws." 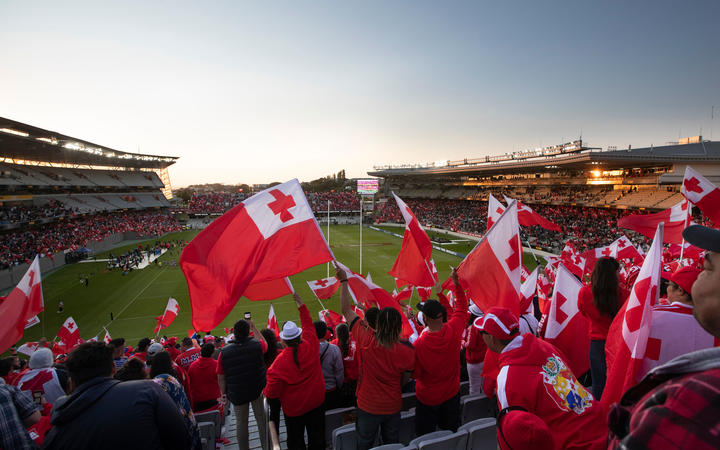 Tongan fans have got behind their team Photo: Â© Photosport Ltd 2019 www.photosport.nz

Edwards, a former Tongan international himself, said the question was put to the IRL but the local administration was never given an answer.

He said the TNRL asked who the concerned stakeholders were the IRL spoke to and details of the complaints but did not get a response.

"No response from any inquiries by our lawyers."

He said a request for mediation was also denied and was deemed "not meaningful".

The IRL said its investigation came after concerns were raised by a range of parties, including the then acting Prime Minister of Tonga Semisi Sika, the Tonga Sports Council, the Australian Rugby League Commission, the Rugby League Players Association and the Rugby Football League or RFL.

According to Edwards, England's governing body for rugby league, the RFL, laid its complaint via Chief Executive Ralph Rimmer.

He said Mr Rimmer filed the complaint with the international board under the guise of "mismanagement" without clarifying what the issue was and the Tongans were given one day to respond.

He said Mr Rimmer had not met him nor any other senior officials from the TNRL.

The issue came to a head when leading Tongan players threatened to boycott the 2019 end of year internationals which included a test match against Great Britain.

The likes of superstars Jason Taumalolo and Siosuia Taukeiaho backed coach Woolf after his sacking and said they would not play unless he was reinstated.

Earlier the IRL's Jeremy Edwards told RNZ Pacific the TNRL, as a national body, had every right to sack a coach if they wished but needed to consider how their decisions would have an impact on commercial factors.

Williams Edwards said the issue of commercial viability was for the IRL's sake only and it had not been shared with Tonga, claiming it was a way of collecting money and spending it without consultation.

He said the TNRL would not stop fighting.

Williams said it was the only way the public could consider what either side had done.

"Judging persons through the media is not an appropriate way to do it."