Two government MPs in Solomon Islands have lost their seats after being found guilty of bribing voters. 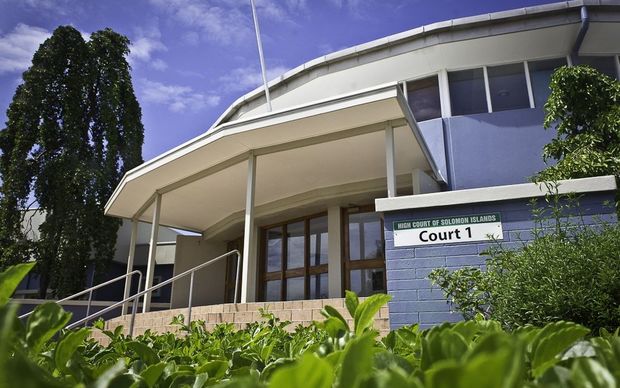 Education minister Moffat Fugui and backbencher Jamie Vokia have both had election petitions brought against them upheld in the High Court.

Mr Fugui, who was re-elected for his third consecutive term as the MP for Central Honiara, was found guilty of giving $SBD500 ($US182) to a voter on the eve of the 3 April election.

The election petition against him was filed by Alfred Efona, who lost to Mr Fugui by 1088 votes.

Mr Efona's legal counsel David Lidimani said the ruling had lifted the public perception of an independent, functioning judiciary which had been low after the first few petition cases were thrown out.

"When ours came out, the ruling came out it was really a big turnaround in terms of public perception of the judiciary and of course our legal system.

"For our client of course it's a big victory, not [just] for himself but of course for people in the country, that is how he puts it."

Another other MP, Jamie Vokia, was found guilty of three counts of bribery.

Mr Vokia's close victory over the incumbent Northeast Guadalcanal and former prime minister Derek Sikua was one of the biggest upset's of last year's election.

Both Mr Fugui and Mr Vokia were instrumental in the government's decision to switch diplomatic ties from Taiwan to China last year.

Moffat Fugui was chair of the taskforce set up to consider the merits of a switch and Jamie Vokia was deputy chair.