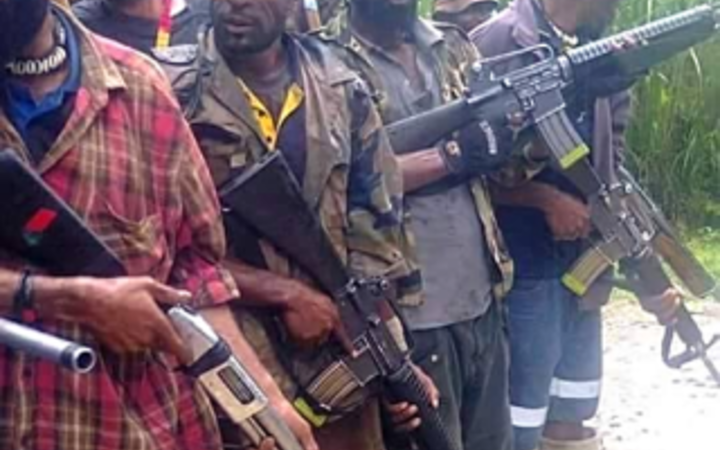 PNG's Police Commissioner David Manning said he wanted to implement a "gun buyback scheme" to ease the proliferation of illegal firearms in the country.

But Major General Jerry Singirok, who worked on a United Nations-sanctioned Gun Control Report 15 years ago, said the proposal was a piecemeal strategy.

General Singirok said the 2005 report, which still has not been tabled in Parliament, did not recommend a buyback scheme.

"On the basis that it would be counter-productive, it would become a money-raising avenue for perpetrators, those people who are unemployed, it's going to just encourage the smuggling of guns or making of illegal guns for the same matter."

General Singirok said the government should table the gun report and adopt its comprehensive strategy for controlling firearms.

Earlier this week, Commissioner Manning issued a media release about his buyback proposal.

"Under this proposal, which I will be putting to the government through the police minister, we will offer a three month nationwide guns amnesty during which a massive national awareness campaign will be initiated.

The police chief said that gun culture was destroying PNG, with 80 percent of serious crimes in PNG committed in relation to use of some form of firearm, whether home or factory made.

He also said that after the amnesty he would recommend life imprisonment for anyone caught with an illegal firearm.

But General Singirok said PNG's criminal code already had provisions for sentencing of those convicted on firearms-related crime.

"It has to be done properly from the start. You can't address a very complex issue [in a] piecemeal [fashion] because it's going to affect so many areas," General Singirok said.

"That's why I'm strongly advocating for the police commissioner and the minister for police and the attorney-general to table the report on the floor of Parliament."