Mayors and customary chiefs in New Caledonia's Loyalty Islands have been briefed about an upcoming operation to dismantle the stricken cargo ship Kea Trader. 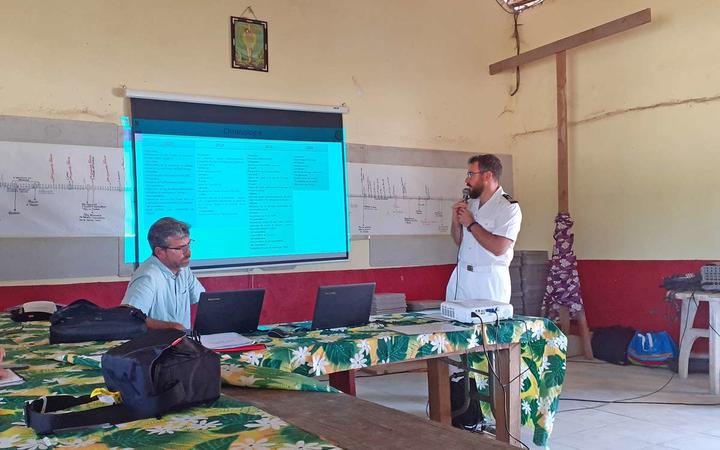 The briefing under way. Photo: Supplied.

The new 184-metre freighter had been stuck on Durand Reef near Mare after crashing into it at full speed in 2017.

The immediate salvage operation involved pumping more than half a million litres of fuel out of the wreck which in a storm eventually broke in two.

The local leaders were told at their meeting in Mare that a purpose-built Chinese barge is on its way from Hong Kong to Noumea, and will eventually dispose of the wreck.

A confidential report last year suggested that it might be best to leave the ship as it is because using a semi-submersible platform for the operation would impact the reef.

An investigation into the grounding by the maritime safety authority of Malta, where the vessel was registered, said although the ship had top navigational equipment, its crew ignored warnings.