The United States' Department of Defense last fiscal year allocated a total of $US309.3 million for projects related to the Guam military build-up.

It also spent a total of $US210.2m on those projects, according to a report prepared by several inspectors general for the federal government. 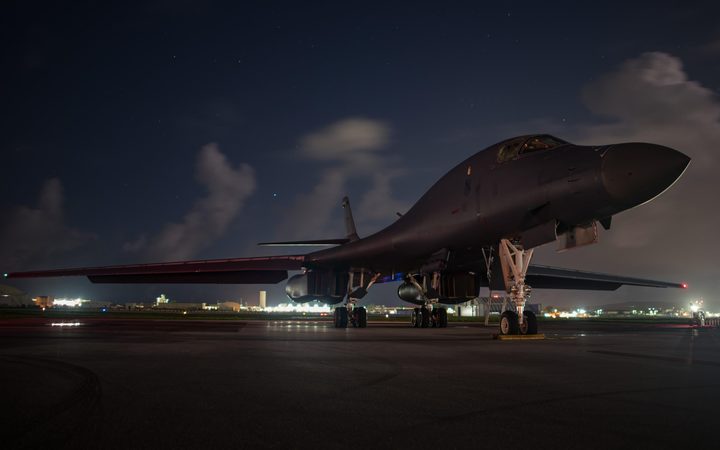 A US bomber at a US military base in Guam. Photo: AFP / US Air Force / Airman 1st Class Jacob Skovo

The Pacific Daily News reports that according to the report, Japan's government provided $US208.4m obligated for the build-up on Guam.

About 5000 US marines based in Japan's Okinawa and elsewhere are scheduled to relocate to a new base on Guam in Dededo, beginning in 2025.

The relocation is expected to cost about $US8 billion, with Japan providing about $US2.8 bn.

The latest annual report on the Guam Realignment follows an audit which reviewed why some completed and ongoing military construction projects on Guam are behind schedule and over budget.

According to the audit, by the Defense Department's Office of Inspector General, the nine projects, with a total budget of $US638.87m, were a combined 13 years and five months behind schedule and $US37.5m over budget.

The main reason for project delays, the audit states, is the military's failure to adequately plan for unexploded ordnance at the project sites.

That was a contributing factor to delays in six of the nine projects examined, the report states.

The next most common reason was the inability to secure skilled foreign labour under H-2B visas, the report states.

Labor visa issues contributed to delays in four of the nine projects.