Tuvalu's recovery from Cyclone Tino has been boosted with a $US6.2 million grant from the World Bank.

The cyclone hit the island two weeks ago causing widespread damage to most of the country's nine low-lying islands.

A state of emergency remains in force as the government continues to assess the damage.

It has estimated about half of the country's population of 11,000 people have been severely affected by the storm.

"The World Bank expects the government of Tuvalu to meet the most pressing needs. To rehabilitate the most critical and damaged infrastructure.

"The outer islands have been particularly hard hit and rehabilitating, reconstructing infrastructure is both complex and expensive. But the resources are there and they're available for the country to get back on its feet." 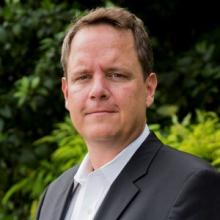 Mr Melgaard said emergency grant funding was from the International Development Association - the Bank's fund for the most in-need countries.

The operation also benefits from technical assistance from the Asian Development Bank and the governments of Australia, New Zealand and the European Union.

Meanwhile, the director of Tuvalu's disaster management office, Sumeo Silu, said about 20 families were still at evacuation centres in the capital Funafuti.

He said their homes were completely destroyed by Cyclone Tino, whose eye passed hundreds of kilometres to the south.

He said lifeline infrastructure including power, communications and water facilities had also been damaged.

Funafuti resident Luiani John said many people had started returning to their homes.

"It's back to normal now. The weather, the workers. They're all back to work. The students - they've gone back to school especially the secondary school students because the boat was delayed due to Tropical Cyclone Tino. But now they're already back at school."

In December, the World Bank gave Tuvalu $US7.2m to strengthen the management of its public finances, improve the resilience of infrastructure and help people with disabilities.

The Bank currently has six active projects in Tuvalu totalling $US106m across sectors including aviation and transport, climate resilience, energy and electricity, fisheries and telecommunications.

Mr Melgaard said the World Bank's overall portfolio in the Pacific had increased over the past 10 years.

"Our total portfolio - the amount of financing - that we provide across the Pacific is more than $US1.6 billion," he said.

Any monitoring was done upfront, he said.

"Once the money has actually gone into the government's account, we do not track or demand earmarking of how they are spent. It is simply up to the government in question to make the expenses according to where the needs are greatest."

The bank's next funding cycle starts on 1 July.