Tuvalu's government has given its approval for a state of emergency to be declared in the country with rough seas still hampering disaster authorities efforts to assess damage caused by Cyclone Tino. 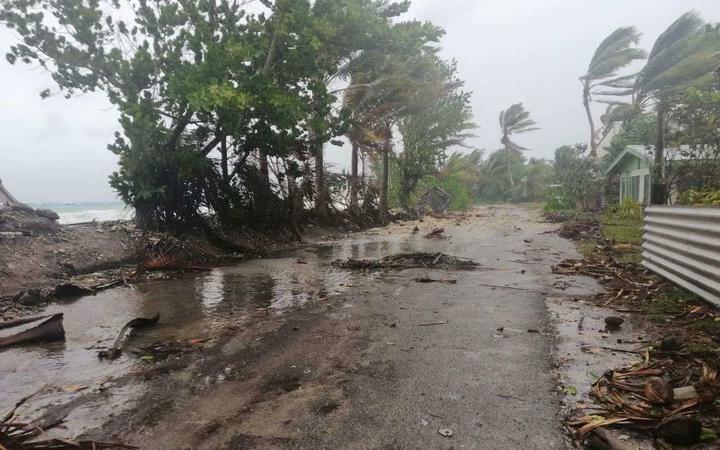 The cyclone which formed in Tuvaluan waters got as strong as a category three system - also affecting Fiji and Tonga.

The director of Tuvalu's disaster management office, Sumeo Silu, said based on initial reports about half of the country's population had been severely affected by the cyclone.

Food security was a major concern given ocean waves, whipped up by the storm, inundated gardens and strong winds uprooted trees and damaged banana and breadfruit trees, he said.

Mr Silu said Cabinet had given the go ahead for a state of emergency but his teams were unable to travel to outer islands to carry out assessments yet.

"After that assessment, we can come with a full report [with] what is the total damage in terms of our economy and food security."