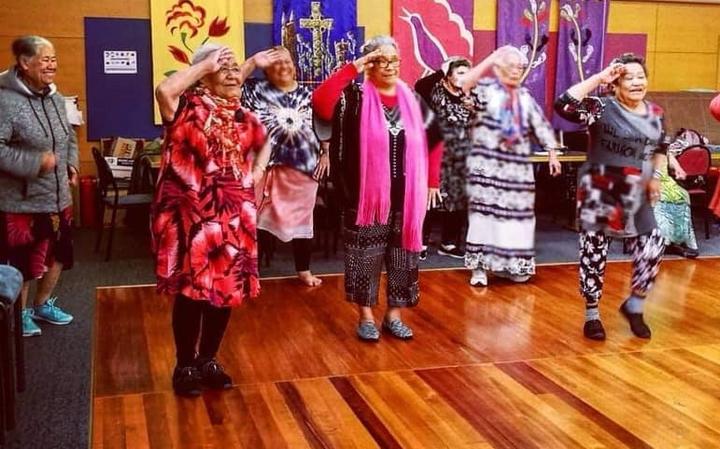 Elders from the Pacific community in Christchurch take part in the Siva Samoa. Photo: Supplied

Fonofale incorporate cultural foundations such as family and spirituality into healthcare, to make it more relevant for Pacific people.

The Tangata Atumotu Trust was established in 2013, and last year launched its latest programme - Siva Samoa.

The Christchurch-based programme encourages elder matua to come together and reconnect with their culture.

"The Fonofale model, which has been designed by Fuimaono Karl Pulotu-Endemann, looks at a holistic approach to health and well-being to ensure we address mental, physical and spiritual well-being." 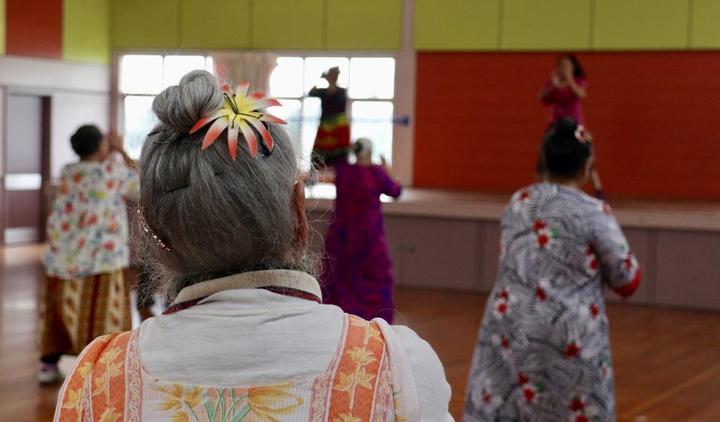 Fonofale - much like hauora in Tikanga Māori - is an approach to healthcare that incorporates cultural foundations, like spirituality and family, among others.

Ms Collie-Tuipulotu said the Siva programme comprised of Samoan songs, music and dance moves and was created with community feedback.

"We recently undertook a review of the program," she said. "It had been for a number of years a Zumba programme.

"With feedback, we felt that the music was perhaps not appropriate to our matua and some of the dance moves within Zumba weren't entirely appropriate, either."

Siva teacher Suli Tuitaupe did not want to be a nurse but, after 18 years in the fitness industry, he has turned to community mobile nursing with Tangata Atumotu.

"It's about working that illness prevention space," he said. "Looking at health in terms rather than leaving it to cure. Trying to look at it from a preventative point of view."

Christchurch Pacific community health worker, Vailia' Afoa'fui, said being a Samoan gave her the opportunity to help translate for those matua who needed assistance.

"It's basically more about the language barrier itself," she said. "Sometimes the isolation of the language, that's the other thing."

"We recently looked at measles, whether people were screened, whether they were vaccinated," she said.

"We also looked at screening programmes. Enabling people to take control of their own health by giving them some of the tools to do that." 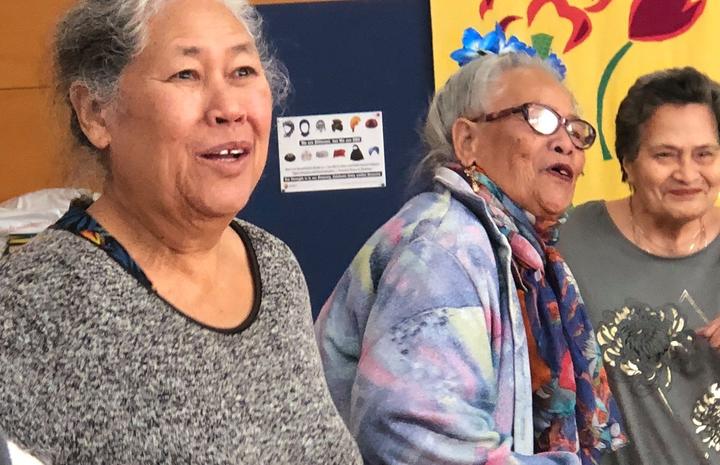 Ms Collie-Tuipulotu said one of the huge components of the scheme included addressing social isolation.

She said unlike in the islands, most of the elders were at home all day while their families worked.

"People's mental wellbeing we found has really suffered when they're sitting at home, quite isolated," she said.

"So the Fonofale model provides an opportunity for them to come together and connect with one another and with their cultural heritage."

The Fonofale model is similar to the fonua model and incorporates the values and beliefs of Samoans, Cook Islanders, Tongans, Niueans and Fijians.