In the afterglow of another epic Super Bowl contest, Samoan teenager Belford Viali is hoping he will one day get the chance to show his skills on American football's biggest stage.

The 18-year-old, who is still a student at St Joseph's College in Apia, became the first Samoan-based player to compete in Hawaii's Polynesian Bowl last month. 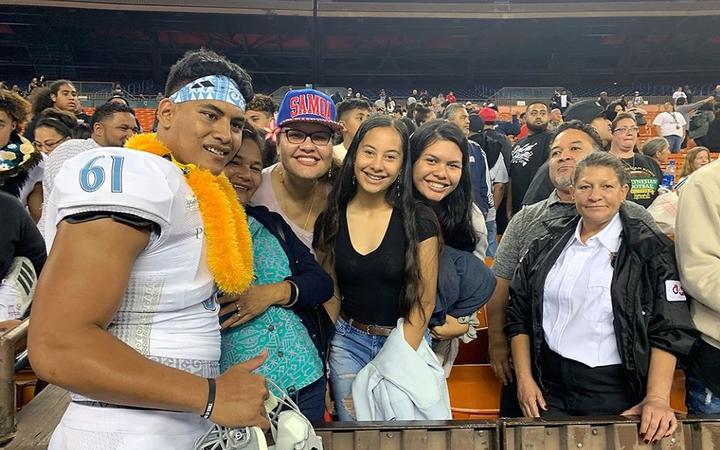 He was invited by the event organisers, the Polynesian Football Hall of Fame, to join some of the best American high school football players in a match while also celebrating their Pacific roots.

With dreams of playing in the NFL, Viali said his time in Hawaii has only fuelled his passion to pursue a career in football.

"Its so different back at home. You know here [in America], its crazy, everybody loves football here," said Viali.

"It's been a really good experience for me...I've met people like Jesse Sapolu, Ma'a Tanuvasa and a lot of other former NFL players...I was so happy to meet them and players who are doing well playing football in other countries."

From Samoa to a State of Aloha! #PolyBowl2k20

The game held at Aloha Stadium was part of a week-long programme, which celebrated players of Pacific heritage, with Viali the first Samoan-based player to receive an invite.

"I'm proud to have played in the Polynesian Bowl and to represent my homeland and my family," he said.

"I hope I can go to college so I can see my dream in the NFL and also do good in school." 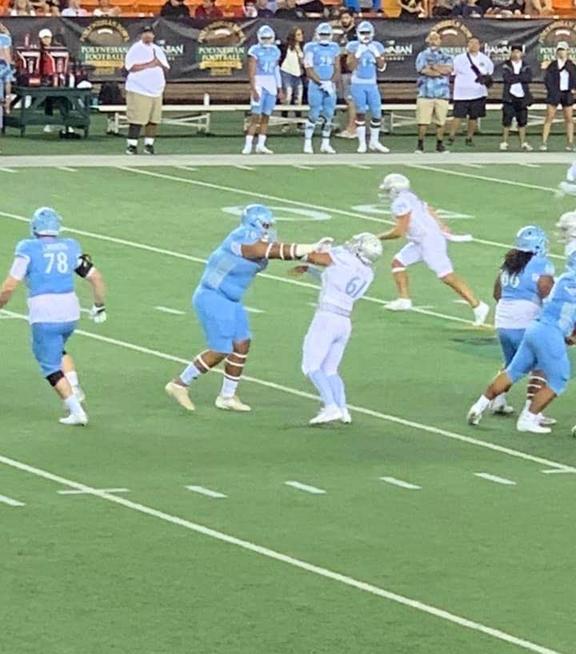 Samoa's Belford Viali on the receiving end of a big fend during the Polynesian Bowl in Hawaii. Photo: Supplied

Belford's mother Frances Viali joined her son on the trip and said his time in Hawaii had been priceless and included the offer of a football scholarship pending his final school year results.

While nothing has been finalised yet, she was hopeful more Samoan kids would be given the opportunity to experience football events like the Polynesian Bowl.

"He was selected to participate in the Polynesian Bowl Football Hall of Fame to get an idea of how a football player would be worked around," she said.

"We've seen how big the game is over here in Hawaii so it would be nice for other Samoan kids to come along this way. The support has been so amazing and we hope for this programme to open up more doors for our kids back home."

Belford Viali has since returned home in Tufuiopa Samoa and is getting back into his normal routines. Football may be the end-goal but his mum is adamant that school comes first.

"The game over there [in Hawaii] it is very important, it goes together with school. It's very important for these guys here and for the kids to pursue well in education," she said.

"We will discuss further on that [scholarship] later because Belford still has one year to go and the most important thing for him to do is to graduate." 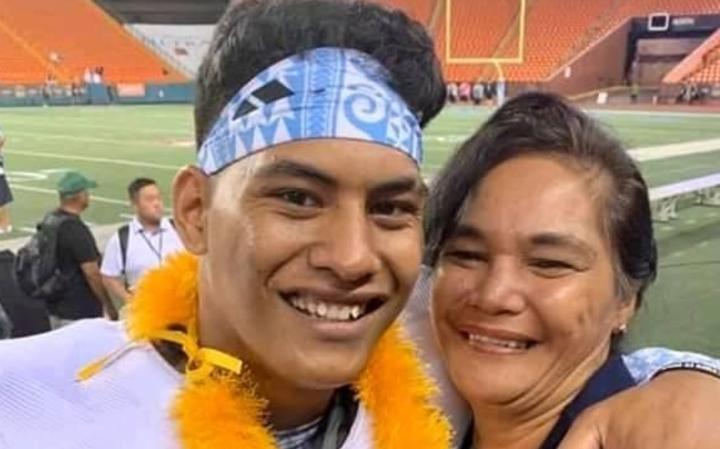 Samoa's Belford Viali with his mother, Frances Viali, after the match. Photo: Supplied