Drought on Vanuatu's southern island of Aniwa has created competition for food between villagers and their livestock, a teacher says. 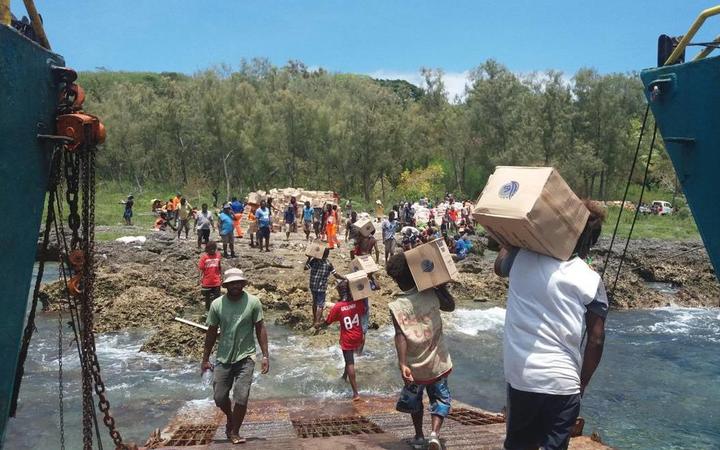 The government sent emergency supplies to the island this week, including 900 bags of rice and 2000 cartons of water.

The teacher, who has just returned to Port Villa after visiting his family on Aniwa, said there had been no rain for six months.

"For the past six months, when you plant the crops, they cannot produce anything. The bananas are broken because there is not enough water under the ground to survive. We have lots of animals and the pigs, we need to feed them with coconut and manioc.

"When there is not enough food the pigs get out of their pens and they go to the garden and they damage all the gardens."

Mr Webster said the pigs were required as gifts for cultural events and could not be slaughtered.

People on Aniwa knew how to survive during a drought but the emergency supplies that arrived on Tuesday were "desperately needed," Mr Webster said.

Reports that officers from the Department of Water would soon go to check on Aniwa's desalination machine were also good news, he said.

"I think it's broken down but they'll fix it. But there's no transmission of water from the desalination source up to the community... No pipes, no water catchment tanks.

"You have to walk down with plastic [containers] and walk back home."