Vanuatu's southern islands are in the grip of a meteorological drought, warns the country's met service.

The Vanuatu Daily Post reported water shortages in Tafea province were being acutely felt on the islands of Tanna and Aniwa, where crops had withered and cattle had died. 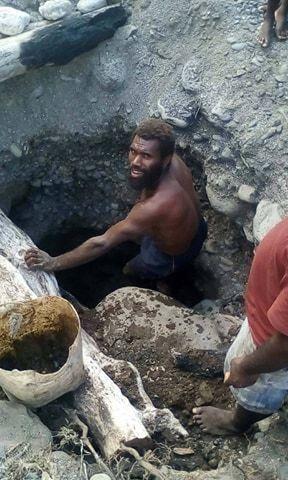 In the north of Tanna, people reportedly had to travel to the coast to find water as inland sources have dried up.

"The wet season starts in November and ends in April," Mr Rai said. "So with the two impacts of the El Niño and the dry season it slows up the onset of the wet season.

"That's why it's getting drier. And this shortage of water - mainly for the southern part of the country."

The wet season might not arrive in Tafea until the end of the month, Mr Rai said.

"We're anticipating some sort of rain to come around. We're having it over the northern parts, it's started shifting towards the centre and probably February end of January we should get some further south," he said.

The National Disaster Management Office told the Daily Post the government was "ready to respond with water and food for the affected communities".