Introduced in the government's 2020 Budget, new taxes came into effect this month, including a new export levy on logs. 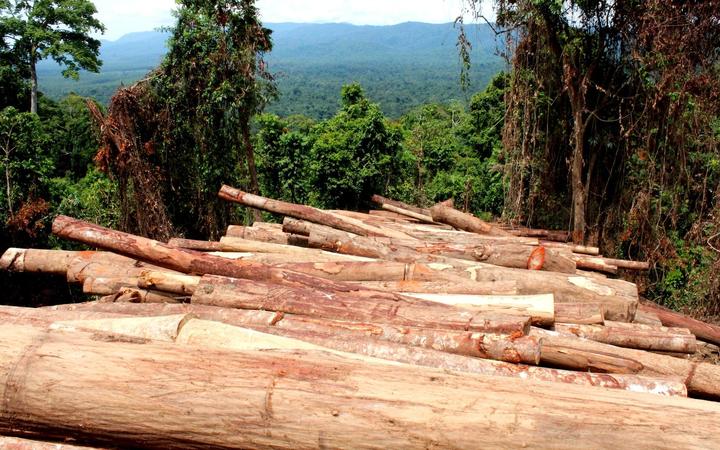 PNG's Forest Industries Association executive officer, Bob Tate, said there was no consultation with the industry ahead of the decision.

Years back, industry talks with the government resulted in broad agreement of an export tax applied to the industry of 28.5 percent on sales, he said.

But he said forestry companies would struggle to survive since the new government of James Marape more than doubled that rate.

"When other government charges and taxes are put on that, effectively... just over 70 percent of sales value goes to the government. Well, that might be fine from a government revenue point of view, but it leaves the industry in a state of bankruptcy or insolvency."

PNG's political leaders have been signalling their intent to raise tax revenues from logging for several years.

However, Mr Tate was disappointed in what he said was a total lack of genuine consultations with stakeholders over a change that was an "economic disaster for the industry and for PNG".

Some of the forestry companies in PNG had already given notice to the government that they would have to close down their local operations, Mr Tate said.

"The longer you hang on, the more money you're going to lose. Not a very good incentive to stay in business.

"Just one example, up in the Gulf Province, one company shut down at Christmas time. Eleven hundred people lost their jobs in that company.

"Three rural airstrips that the timber company maintained and used for deliveries, passenger transport and that sort of thing, they will eventually all into disrepair and be closed. The only shipping service to the district will be withdrawn."

Attempts to reach PNG's Forestry Minister for comment on the issue of the new taxes have been unsuccessful.

However, the government has said districts would not be left to go without services.